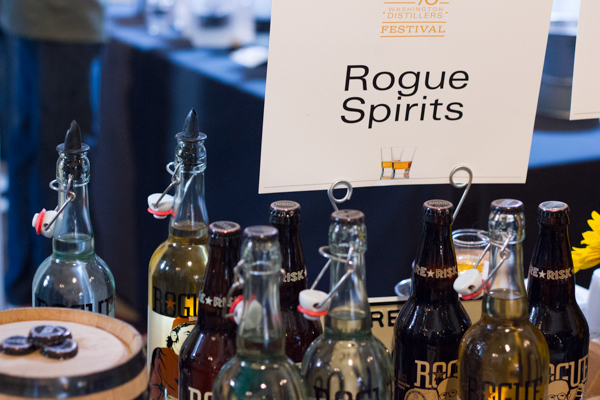 by Jessica Tupper
Seattle has a lot of distilleries – and not only are they growing in number all the time, they’re rather good. Since it can be rather hard to both learn about new brands and keep up with old favorites, we now have the PROOF Distillers Festival as a chance to check many of them out... Read More 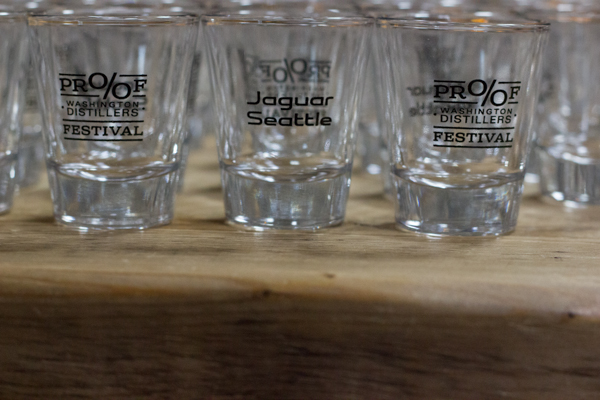 Seattle has a lot of distilleries – and not only are they growing in number all the time, they’re rather good. Since it can be rather hard to both learn about new brands and keep up with old favorites, we now have the PROOF Distillers Festival as a chance to check many of them out in one place. 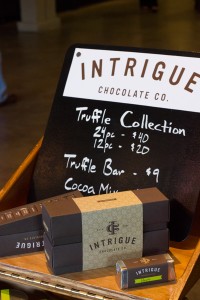 Held at The Foundry by Herban Feast, PROOF was set up as a true tasting space. To the left was the tasting room, where you could try small bites and local spirits, and to the right was a well apportioned bar with some of the best cocktail slingers not already in the tasting room. (I spied Elizabeth from Liberty among others at the bar, but I think everyone in town wanted to go taste test.) And, if you were hoping to take something home, next to the bar was one of the largest collections of local liquor for purchase I’ve ever seen.

The inaugural, sold-out event was swamped, even after they added a second tasting session due to interest. Even with all the activity, walking through was a crash course in deliciousness. From the entry I got distracted by Aaron of Intrigue Chocolates, who was running a tasting of ganache with flavors like whisky and cloves. Once I started trying the spirits, it was a great blend of new faces and old friends. Brovo Spirits was offering tastes of Amaro Liqueurs, their brand-new and delicious bartender-distiller collaborations. I was also excited to try some spirits that were new to me, like Rogue Spirits and Whidbey Island Distillery, with their sweet loganberry liqueur. Even Mo of Project V Distillery was there with her Single Silo Vodka and ridiculous taxidermy fox. 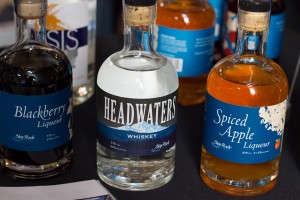 Whoever decided on the food pairings was a genius, since most were on the heartier side, yet not so heavy as to take over the evening. And it was a range, from Manhattan’s shrimp and grits to Matt’s in the Market’s pork belly and green bean salad. The Yellow Leaf Cupcake Co. had limoncello cupcakes that I’m amazed half the attendees weren’t trying to smuggle out the door. I’m sad I missed out on Kickin Boot Whisky Kitchen, who apparently had killer sliders, but I was distracted by the grits at Manhattan’s booth and Mt. Townsend Creamery’s fromage blanc. It just means I need to go to their restaurant in person. 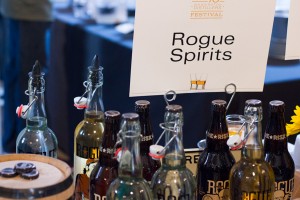 And they even covered the designated drivers with ‘tude juice and DRY soda, a really lovely touch. They really should have been paired with someone for cocktails, but that leaves more ideas for next year. As it was, they worked rather well as palate cleansers between tastings.

There was only one real issue: there wasn’t any place to sit. Wandering was great and all, but I wanted space to sit down and compare spirits, or really go enjoy those grits. It’s hard to do that when you’re balancing a shot glass on a plate. Also, this needs to be a longer event. Like Taste Washington, you need enough time to try some spirits, drink water, and simply enjoy it all.

Based on how excited the crowd was, I really hope this becomes a semi-annual event. I’ll see you all at the next tasting!

Jessica Tupper
Jessica Tupper is busy, and likes it that way. As the Food Ninja, she likes to figure out new ways to explore the Seattle food scene - from eating at all the Tom Douglas restaurants in one day to epic sundaes using Bluebird and Molly Moon ice creams. Silly hats may or may not be involved. If you have an upcoming event, grand opening, great product, contact us
View All Posts by Author
Howard Hewitt: The Case for Another Great Chardonnay Region
Previous Post
Explore Seattle with a Sushi and Sake Pairing on the Water 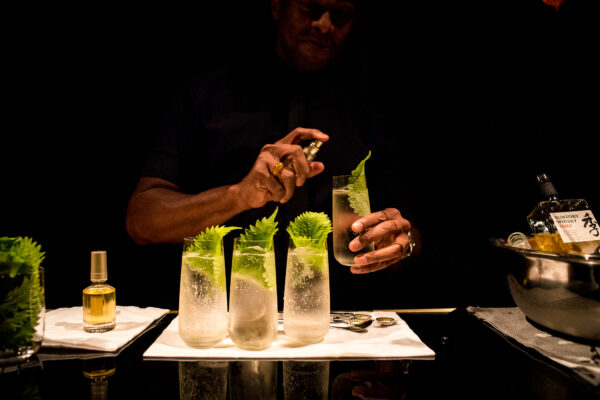