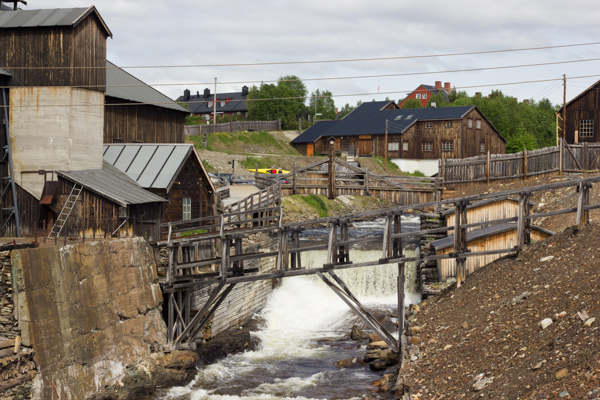 Top Five Things to Known Before Traveling to Røros

by Jessica Tupper
Røros, for being a quaint mining town  in Norway, has 333 years of mining history, beautiful scenery, and far more to explore than you might expect. Here are the top five things I wish I’d known before visiting, though the true top thing is I wish I’d had more time. 1. How delicious their local... Read More

Røros, for being a quaint mining town  in Norway, has 333 years of mining history, beautiful scenery, and far more to explore than you might expect. Here are the top five things I wish I’d known before visiting, though the true top thing is I wish I’d had more time. 1. How delicious their local cuisine was going to be. Røros has a large number of regional specialities, which have been highlighted and celebrated by Mikael Forselius, local chef, brewmaster, and hotel manager. It’s definitely worth taking the time to try the highlights, things like reindeer, the local fluffy almond potatoes, and all the cakes.

I personally did not expect to love pjalt, one of the local pastries, as much as I did. It’s sweet, soft, and fluffy, and traditionally topped with butter and getost, the local sweet brown goat’s cheese. Had I figured out a way to take them on a plane, it would have happened.

2. That Rørosmat existed. Rørosmat is a collective of 26 farmers in the Røros region who mainly produce dairy products, as well as reindeer sausage and other treats. But what I’m still excited for are two things: their ridiculously creamy butter; and their ice cream, often made with a local sour milk and local fruit, like lingonberries and cloudberries. You can only get this ice cream in the Røros region and maybe some select shops outside that. The butter is even harder to get your hands on, but worth every penny. 3. It’s both a UNESCO World Heritage Site and where Trondheim goes to shop. For the nature/history lovers like me, it’s a beautiful, sometimes desolate area, with the starkness of the copper mines, gorgeous mountains, and rushing rivers and creeks. But Røros proper is a rather popular weekend shopping excursion in the summer, with places ranging from tourist pieces to fashion. You could probably visit all the stores in one day, but we were distracted by riding dog sleds.

4. It’s a living museum – as in, people live there. Yes, a lot of the houses downtown are part of a cultural association that restores and maintains the older houses. But most of the houses are actually occupied, so when you peek in a window, you’re peeking into someone’s living room. Our tour guide assured me that the residents are used to it, though I tried to not look into windows unless invited to.

5. You really should visit for the festivals. Røros loves hosting cultural events – we were there during a major folk dancing festival, so we’d have breakfast with participants decked out in traditional garb. Just as exciting, though, is that they use the colossal scrap iron piles just outside the town center to host theatre performances in the summer.

Jessica Tupper
Jessica Tupper is busy, and likes it that way. As the Food Ninja, she likes to figure out new ways to explore the Seattle food scene - from eating at all the Tom Douglas restaurants in one day to epic sundaes using Bluebird and Molly Moon ice creams. Silly hats may or may not be involved. If you have an upcoming event, grand opening, great product, contact us
View All Posts by Author
Escoffier Online Culinary Academy Celebrates First Anniversary With Special Event in Chicago
Previous Post
Top Five Things I Wish I’d Known Before Going to Trondheim