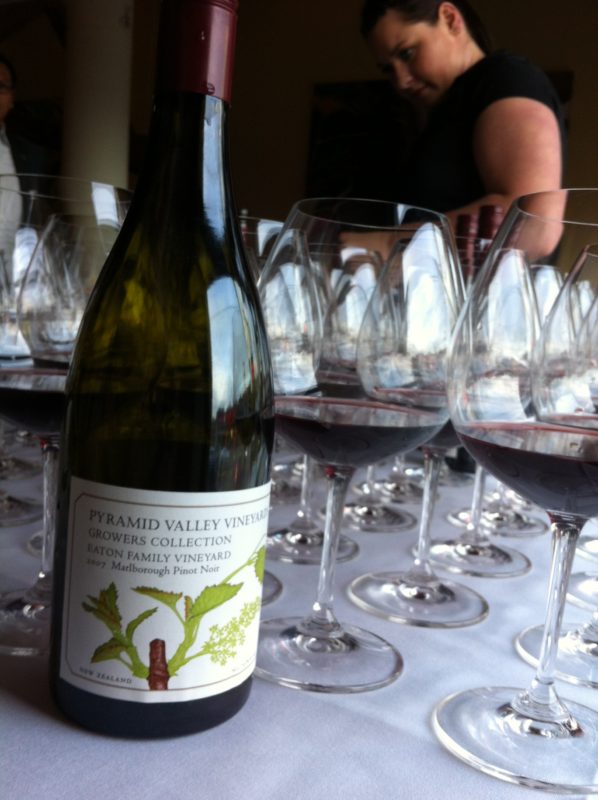 by Joanna Schwartzkopf
Tucked unassumingly into the Seattle’s Lower Queen Anne neighborhood, Ten Mercer has been providing locals and ballet patrons with splendid new American cuisine, an acclaimed wine program and inviting bar for over ten years. With the level of expectations for dining out in Seattle on a steep incline, it is important to remember and revisit... Read More With the level of expectations for dining out in Seattle on a steep incline, it is important to remember and revisit the restaurants who help set the bar so high. During the Antinori ‘Sommelier Challenge’ I was sharply reminded why I first became enamored with Ten Mercer, and deliciously enticed not to forget about it again!

Two distinguished sommeliers, Erik Liedholm of John Howie Steakhouse and Nelson Daquip of Canlis, took part in a friendly sparring of palates June 15th, 2012. Guests to the sold out event eagerly filed in around 6pm, sipping on samples of Vermentino and Barbaresco from Antinori Estates as they waited for the competition to begin.

After everyone was comfortably seated, the challenge was explained in detail. Both wine experts had been provided with a menu created by the chefs at Ten Mercer, and given access to the house wine list to be paired with three courses. As the patrons were presented with each course, 3oz. of each competing wine would be served and the professionals would explain their reasoning for choosing the wine and gently persuade them into following their train of thought.

Once the guidelines of engagement had been stated the air hung thick with anticipation while scents from the first course wafted up from the kitchen. The staff at Ten Mercer quickly presented the first course of panchetta wrapped prawns in a spicy citrus soy sauce. Accompanying them was a 2011 Pinot Gris from Elk Cove in the Willamette Valley, Or (Erik L.) and a 2005 Gunderlock Ausele Riesling from Neckenheim Rothenberg vineyard out of the Rhienhessen, Germany (Nelson D.). Both wines played to different components of the dish. The Pinot Gris coaxed the seafood and fresh vegetal flavors, while the Riesling played with the soy and rich salty aspects. People finished every last bite, judges judged, plates were cleared and before the conversation from the first pairing could die down, the second course was presented. Erik provided a 2009 Gamay produced by Trenel out of the Cote de Brouilly, France. Both were lovely and complex, and coaxed different flavor aspects from the grilled wild salmon, served with red pepper and shallot confit and wild mushroom faro. There were not many plates with any remnants left as they were whisked away then replaced with the course three. The chefs had prepared wild boar loin with house made herb spaetzle. The earthy and herbaceous flavors were paired with a Chateauneuf-du-Pape from Nelson (2007 Vieux Closher, Rhone Valley) and Zinfandel from Erik (2009 Dry Creek, Sonoma County). Guests contemplatively chewed, sipped and smiled at the different features the wine and cuisine created.

While the Peanut Butter Tiramisu was served, diners reviewed the three courses and six wines and boisterously discussed who the winner would be. The two judges reviewed notes, took into account the comments of the attendees and then proclaimed Nelson Daquip the Antinori Sommolier Challenge winner.

A round of applause was given, hands were shaken, and not one person left without a beaming face or full belly. Ten Mercer may not be the new ‘restaurant of the week’ opening in Seattle, but they continue to provide impeccable service, enchanting food, and wines which will give you an evening to remember.

If you’d like more information on Antinori Estates, and their hidden wine gems, you can find them online or on Wine.com

Joanna Schwartzkopf
Mixologist in the Seattle area.   If you have an upcoming event, grand opening, great product, contact us
View All Posts by Author

San Francisco Urban Winery Now Open to the Public, Offers Wines by The Glass, Flights And More
Previous Post
Mandarine Napoléon Teams Up With Tales of the Cocktail To Give Away Luxury European Vacation