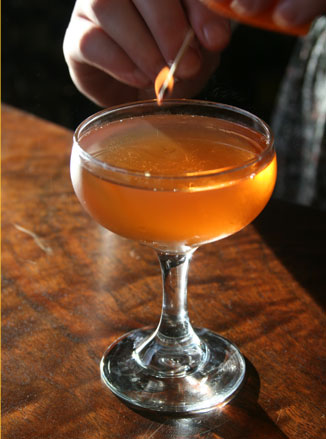 by Crave Editorial Team
While you’re kvelling over your bubbelah this coming month, what better way to show him or her how much you care than to share some Jewish deli treats and delectable cocktails… Kenny & Zuke’s honors the season of love with Valentine’s Day inspired desserts and cocktails. Decadent desserts such as heart shaped sandwich cookies or... Read More 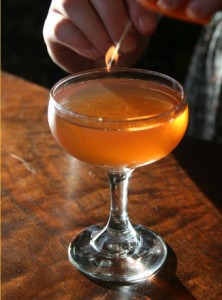 While you’re kvelling over your bubbelah this coming month, what better way to show him or her how much you care than to share some Jewish deli treats and delectable cocktails…

Kenny & Zuke’s honors the season of love with Valentine’s Day inspired desserts and cocktails. Decadent desserts such as heart shaped sandwich cookies or the red velvet cheese cake are made to share or grab two straws and enjoy a Governess Crush, Vieux Carré or the rich NY Flip cocktail with that special someone. Desserts will be available at the Kenny & Zuke’s Deli Bar and downtown Deli, while cocktails will only be served at the Deli Bar.

In case you can’t travel to Portland next month, Kenny & Zuke’s has also shared one of their most popular dessert recipes with our readers. Their recipe for Double Chocolate Chili Cake is sure to spice up your dinner plans!

Opened in October 2007 by founder Ken Gordon, Kenny & Zuke’s is a Jewish-style delicatessen featuring many housemade ingredients from pastrami and corned beef to pickles, bagels and rye bread. After starting a successful venture at the Hillsdale Farmer’s Market selling pastrami, Ken began offering Saturday brunch at Ken’s restaurant, Ken’s Place. He renamed the venture Kenny & Zuke’s Delicatessen and now has three locations in Portland, including Kenny & Zuke’s Bagelworks and Kenny & Zuke’s Deli Bar, which opened on Sept. 12, 2012. Gourmet Magazine called the deli “One of the top 10 delis in the country,” they were featured in The New York Times Dining Section in “Can the Jewish Deli be Reformed” and The Oregonian named the Pastrami Burger one of the city’s “Best Bites.” Ken Gordon is writing a weekly column for The Oregonian,“Diary of a “Formerly” Diabetic Chef,” which chronicles his journey to reverse his recent diagnosis of Type II Diabetes, the old fashioned way through healthy eating and exercise. Kenny & Zuke’s Deli Bar is located at 3901 N. Williams Ave., Portland, Ore., open from 7 a.m. to midnight Monday – Thursday, Saturday 8 a.m. to 1 a.m. and Sunday 8 a.m. to midnight and serves breakfast, lunch, happy hour, dinner and dessert. Kenny & Zuke’s Delicatessen is located at 1038 SW Stark St., and Kenny & Zuke’s Bagelworks is located at 2376 NW Thurman St. For more information, visit www.kennyandzukes.com or call 503-222-3354. Follow us on Twitter @kennyandzukes and on Facebook at Kenny & Zuke’s Delicatessen.

Crave Editorial Team
Just a couple of folks here to teach you about food, wine, and few other important things you just can't live without.
View All Posts by Author
What To Do In LA…How About Eat Your Heart Out!
Previous Post
Best Of LA…Top 10 Healthy Restaurants