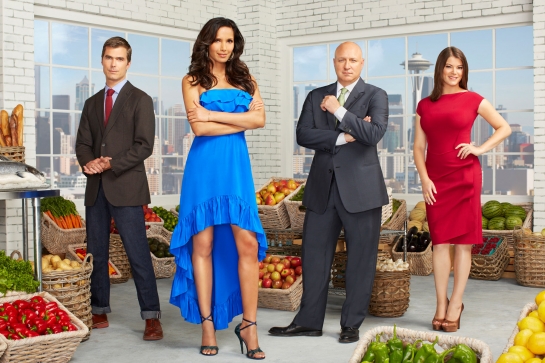 by EditorNW
Bravo Media premieres “Top Chef: Seattle,” the 10th season of the Emmy and James Beard Award-winning series, on Wednesday, November 7 at 10 p.m.  ET/PT.  Seattle serves as the host city and backdrop for the popular culinary competition. The project is one of the first marketing initiatives of Seattle’s Convention and Visitors Bureau for the... Read More 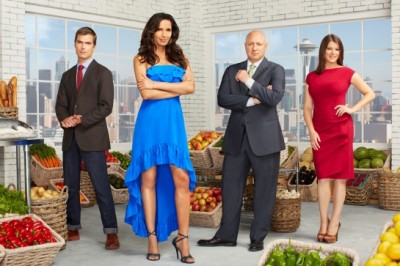 Bravo Media premieres “Top Chef: Seattle,” the 10th season of the Emmy and James Beard Award-winning series, on Wednesday, November 7 at 10 p.m.  ET/PT.  Seattle serves as the host city and backdrop for the popular culinary competition.

The project is one of the first marketing initiatives of Seattle’s Convention and Visitors Bureau for the Seattle Tourism Improvement Area, a dedicated source of funding for tourism marketing and promotion that was adopted by the City of Seattle in late 2011. The Seattle Tourism Improvement Area imposes a surcharge on certain hotel rooms in downtown Seattle. Funds go directly toward development and implementation of destination marketing programs intended to drive more tourism business to the city and region.

“We are thrilled that the 10th season of Bravo’s ‘Top Chef’ will showcase our city’s culinary attributes to the nation and the world,” said Tom Norwalk, SCVB President & CEO. It’s been an honor to work with Bravo producers and to help coordinate local culinary leaders and influencers around this phenomenal opportunity, and we’re excited and proud to watch our city this coming season.”

The “Top Chef” franchise has launched nine winners’ careers, and this season the competition goes back to the basics, with culinary challenges that require a mastery of the primary skills of a chef.

The “Top Chef: Seattle” chef’testants will be pared down week by week as they compete to out-flavor, out-cook and out-do their competition.  The winning chef will receive $125,000 furnished by Healthy Choice, a feature in Food & Wine magazine, a showcase at the Annual Food & Wine Classic in Aspen and will earn the title of “Top Chef.”  The Emmy Award-winning Magical Elves return to produce “Top Chef: Seattle.” Dan Cutforth and Jane Lipsitz serve as executive producers.

Famed chef and restaurant mogul Wolfgang Puck joins as a judge this season, alongside Tom Colicchio, Gail Simmons, Hugh Acheson and Emeril Lagasse, with Padma Lakshmi returning as host, as 21 chef’testants compete for the top crown.

Fans can follow the “Top Chef: Last Chance Kitchen” challenges and vote in each week’s Tweet Battle on www.BravoTV.com, as well as join in the social conversation and see what the chef’testants have to say during the competition by following @bravotopchef on Twitter or liking the Top Chef Facebook fan page.  The series can be seen on desktop, mobile and tablet at www.BravoTV.com, on BravoNow, iPhone, iPad and Android apps, as well as iTunes, Amazon, VOD, Xbox, Hulu, Playstation, Connected TVs and wireless carriers.

EditorNW
Editor at Crave Local Media Network. If you have an upcoming event, grand opening, great product, contact us
View All Posts by Author