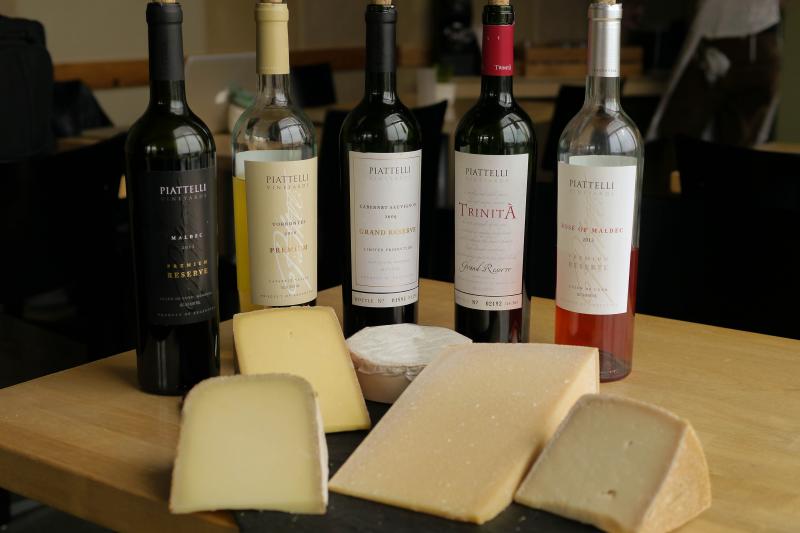 Wine and Cheese Pairing With The Cheesemonger-In-Chief

by CL Editor
During an interview with Cheesemonger In Chief of France 44 Cheese Shop in Minneapolis, MN, Benjamin Roberts walked us through some tasting notes, reasoning behind pairing fine cheese and wine (Piattelli Vineyards) from around the world. These were his responses: Q: What do you look for when you’re doing a wine and cheese pairing? A: “Generally... Read More

During an interview with Cheesemonger In Chief of France 44 Cheese Shop in Minneapolis, MN, Benjamin Roberts walked us through some tasting notes, reasoning behind pairing fine cheese and wine (Piattelli Vineyards) from around the world. 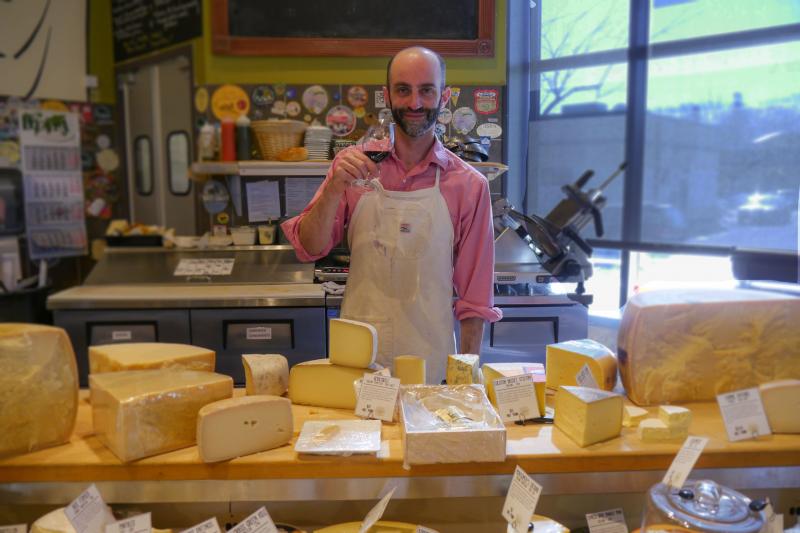 These were his responses:

Q: What do you look for when you’re doing a wine and cheese pairing?

A: “Generally speaking, white is going to be better than red for cheese. Tannins and cheese are difficult because tannins and salt do not cooperate. That’s basically where I start.”

“The whole notion of what grows together goes together is not true. There are tons of cheeses made in Bordeaux which would not go with wines of Bordeaux. It’s better just to try.”

Q: Why is cheese a bigger deal in Europe than in America?

A: “Well, they’ve been making some of these cheeses that they eat there for hundreds of years, so there’s just sort of a tradition there. The American relationship with food is completely different. We’re trained to want things quickly. We saw a film about how in France they’re moving away from that. The younger generation is not valuing the artisan cheese as much as they used to, and they’re very worried about that.” 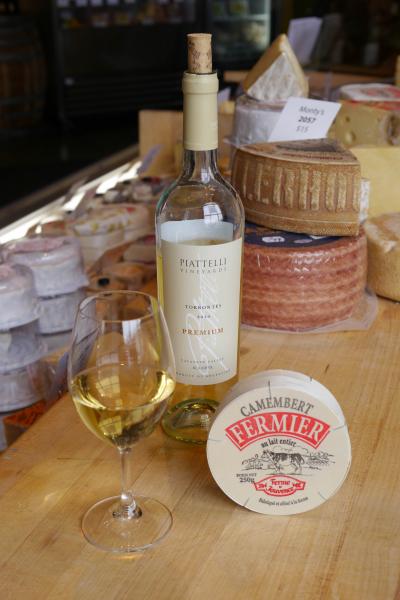 France 44 Tasting Note: “Pungent yet subtle, earthy and a little mushroomy. This oozing cheese will keep you coming back for more!”

Benjamin’s Comments: “The Camembert is from Normandy, France. It is an A.O.C government-protected cheese. Very mushroomy and vegetal. It is a pasteurized cows milk cheese, aged for a couple weeks. These guys age on their ride over—that’s pretty much how they age. It’s soft because it’s really young—so how it’s aged and how they ladle the curd.”

France 44 Tasting Note: From the French Pyrenees, these goats share the rugged landscape with the ewes nearby. Sweet and nutty with just a hint of tang at the end. It’s hard to pronounce but easy to love.

Benjamin’s comments: “This rosémakes me wish it was spring here already. The wine makes the cheese really interesting. This goat cheese is already a little bit sweet, but the rosékind of makes it sweeter, toffeeish. It’s dynamite. It’s patted down with herbs as it ages.”

Q:  What do you do with this? Can you cook with it?

A: “Eat it. Goat cheese doesn’t melt really well, it gets kind of crazy textured. We don’t really encourage people to cook with it. But you can put it on a cheese board and eat it with crackers. My cheese at home, I have a big slab pretty much at all times and I just keep it on the counter and we eat it. It’s a great snack. It makes you feel full—it’s got protein, it’s got fat—it’s got all the good stuff that you need.” 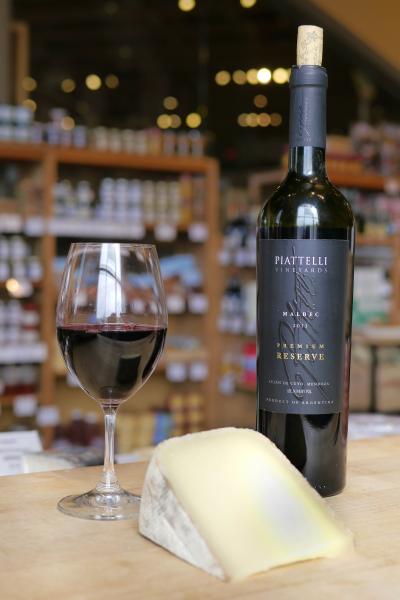 France 44 Tasting Note: “Smooth, buttery, and only mildly sheepy. Made by monks in the Pyrenees, this versatile cheese has underlying fruitiness that makes it a killer addition to any cheese plate.”

Benjamin’s comments: “This is going to go well with a lot of things, it’s very very very cheese-friendly. It’s fruit-forward, not a lot of tannins, not flabby. It’s not going to clash with salt, but there’s enough structure to it that it’s not going to get overpowered by any of the cheeses that we’ve got. And it’s got good fruit. If you’re familiar with Manchego, it’s similar, but it’s a little more delicate, not quite so parmesany. It’s got a little floral thing going on. It’s made by monks in the French Pyrenees.” 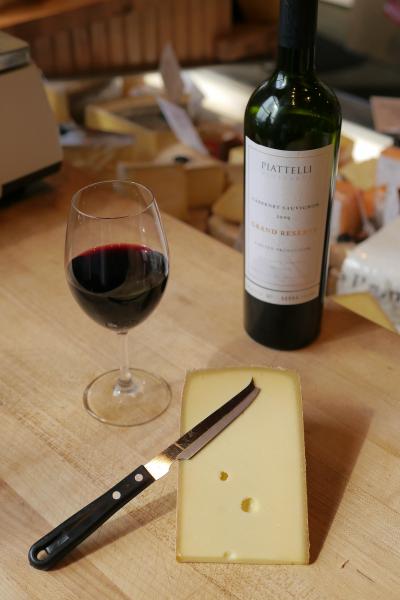 France 44 Tasting Note: “Don’t let the children on this wheel scare you. Yes, it did (literally) try and kill one of our employees, but that doesn’t subtract from the fact that this is a delicious alpine cheese. Buttery yet nutty, with an almost creamy texture.”

Benjamin’s comments: “It is a double cream, which means while it’s being made they add additional cream to it, so it’s got a nice fatty quality. It tastes like you’re eating a bowl of cherries—it really brings out the cherry in the wine, because it’s really sweet and is bringing sweetness to the wine. There’s lots to say about this cheese—it’s turned into one of our most popular selling cheeses. It’s a new invention cheese—in Switzerland, you’ve got the cheeses they’ve been making for hundreds of years, but this one has been made for only about five years. Demand has been outstripping the supply—it’s gotten very popular and they’re having a really hard time keeping up.” 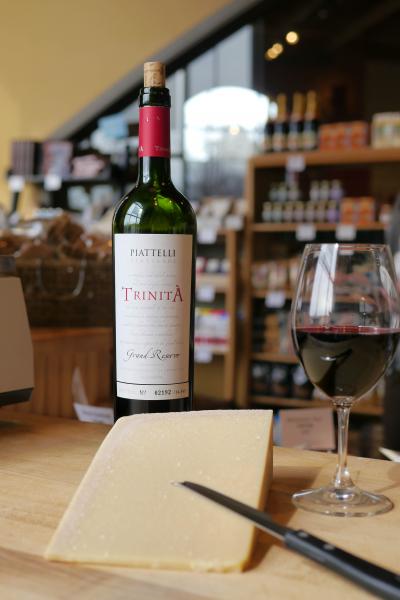 France 44 Tasting Note: “Parmesan you can eat by the slice, this stuff is soft, sweet, and almost cherry-like. And it ought to be that good after five generations of tradition.”

Benjamin’s comments: “This parm is fruity. Some parms are more acidic, going for more bite. This one is going for a creamier style. Giorgio Cravero came from specific parm producers and education in Italy. He really wants a particular flavor profile. This parm definitely has a sweeter creamier flavor profile than acidic, so the wine goes nice. It kind of brings out some interesting creaminess in the cheese. It’s not a super salty parm so it’s nice.”

For more info and cheese choices, visit France 44 at the following web locations: