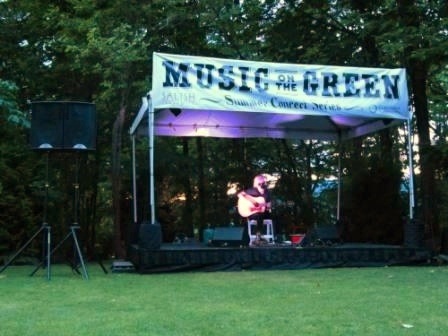 by Juli Crompe
If you’ve never had the perfect excuse to drive up to Salish Lodge & Spa, their 25th anniversary concert series is the answer (although Snoqualmie Falls  should be reason enough)! As if the premiere luxury resort wasn’t amazing enough on its own, Salish is celebrating their 25th anniversary in a very unique way. What started... Read More 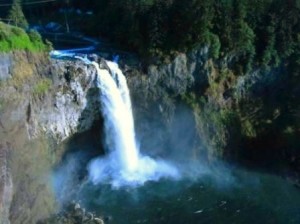 The view just beyond the trees from the Centennial Green.

If you’ve never had the perfect excuse to drive up to Salish Lodge & Spa, their 25th anniversary concert series is the answer (although Snoqualmie Falls  should be reason enough)! As if the premiere luxury resort wasn’t amazing enough on its own, Salish is celebrating their 25th anniversary in a very unique way. What started as an idea to bring a one-of-a-kind experience to the community, this four date concert series is the ideal blend of nature, intimacy and a true focus on everything local.

$95 includes two tickets to the concert, great discounts to The Attic and the Country Store, as well as a complete picnic, including your own (super cute!) picnic blanket to take home. You also can reserve a room for the evening at 20% off the best available rate!

From the ingredients in the picnic basket including salad, meat, cheese, Yakima Valley cherries, Salish chocolate bark, and a bottle of Washington wine, to the artists themselves, everything about this series is a way to honor and appreciate the Pacific Northwest. 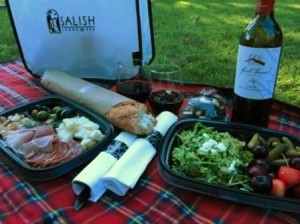 I had the honor of seeing the opening concert featuring Star Anna. The concert itself is about 90 minutes, starting at 7:30pm, but you can start arriving as early as 6pm to get set up with your picnic on Centennial Green (or snag a spot and sneak over to use your 25% off at The Attic, Salish’s bar, for a pre-show libation!), enjoy the beginning of the sunset and relax on the sprawling lawn. 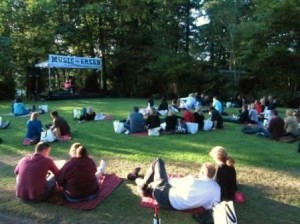 There is no better way to describe this experience but intimate and relaxing. Star Anna performed alone and bantered back and forth quite a bit with the audience, making you feel even more like you’re watching your niece or cousin performing at your annual backyard BBQ. She has a humor and wit about her that is so warm, inviting and approachable and she’s incredibly talented. 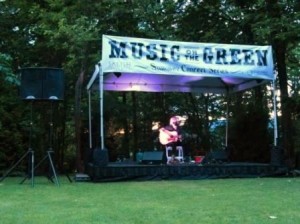 I had the privilege of spending time after the concert with her both on the lawn after the show and back at the hotel. (Our dogs played together while we chatted life and music!) Star is from Ellensburg, living downtown Seattle and is currently working on releasing her 4th album which should make its debut in September or October. She has toured the country performing, but often can be found at a local dive bar. During the show she played a mix of her own music and covers, and while the covers were great, her own music is really amazing: emotional, soulful and real. I pictured playing her music at a dinner party with friends or hearing it while sipping a glass of wine or coffee at a local cafe. For more information on Star Anna and upcoming performances, including Doe Bay, visit her website at http://www.staranna.com/.

As the sun set on a delightful evening, I was already considering returning to Salish to catch another upcoming show. And they still have some wonderful artists who will be joining them: 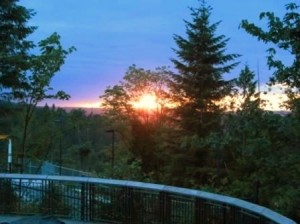 A few notes about the concert:

Juli Crompe
As a Seattle-based expert event planner with a passion for wine, Juli enjoys a good happy hour, travel and all things dessert. Follow Juli on Twitter at @JKCEvents. If you'd like your brand, event, or business considered for an editorial or upcoming features, contact us
View All Posts by Author