We Partied with the Sommeliers at 20something – The New Vintage

by Crave Editorial Team
If you’ve been to Taste! Washington, you know it’s a busy, hectic event. But even with 200+ wineries, all that food, and the Chef in the Hat Thierry Rautureau, it’s very formal. You’re there to take notes, taste carefully, and spread out your time between it all. It has this incredibly unique excitement, but many... Read More

If you’ve been to Taste! Washington, you know it’s a busy, hectic event. But even with 200+ wineries, all that food, and the Chef in the Hat Thierry Rautureau, it’s very formal. You’re there to take notes, taste carefully, and spread out your time between it all. It has this incredibly unique excitement, but many people are there for work, or to decide if they really want that bottle of cab franc. And, at $100+ for a single two-day pass, not everyone is going to make a couples’ weekend out of it.

20something – The New Vintage is their response for opening up wine to younger audiences. When I got there at 6, Fremont Studios was getting packed for the sold out night. And it was one fashionable crowd, all stilettos and fancy jackets. There was a red carpet step and repeat, Seattle Met had a photobooth, and Local Brew’s Ross Asdourian was MCing for DJ Darek Mazzone. Darek was favoring one awesomely eclectic mix, from Beastie Boys to Dexys Midnight Runners mixed with pop and trance. MINI coopers were getting paint facelifts as we watched. (I wish I could have seen the octopus getting painted on.) Sommeliers brought back the ‘Trust Me – I’m a Sommelier’ shirts and talked corks versus screw tops.

Most of the wine vendors stuck to their tables at the start, but once the crowds moved in they started mingling with bottles in each hand. You could taste the room as you walked. And when you liked a wine, you could ask for a card that gave you the winery name, wine and wine year, and bottle price. (These go with a website for deals on the wines and food featured at the party.) I don’t think I saw any over $90, and most were under $30.

Food was plentiful. Gougeres from RN74, martini meatball pops (infused with vermouth) from Hook & Plow, and some gorgeous pork shoulder and grits from Bravehorse Tavern stole the show. Mt. Townsend Creamery even served chunks of their hand crafted Seastack soft-ripened cheese on fig and olive crisps. Desserts were dianne’s delights Chocolate Shop cake pops, cupcakes from The Yellow Leaf Cupcake Co., and ice cream from Snoqualmie Gourmet. Had I not been wielding a camera, those would have made one epic sundae.

There were even a few non-wine options to taste. Finnriver Farm brought their pear and black currant ciders, the friendly faces from Pike Brewing Co. were on hand with beer and pretzels, and Fonte was slinging coffee for anyone wanting to wake up a bit more.

I especially loved that there was a mocktail option from Whole Foods. The Lavender Sparkler, with rosemary and Lavender DRY Soda, was something light to sip on when you didn’t want to drink more water with your wine. Hard Rock Cafe was supplying bottled water, so everyone could manage to stay hydrated and keep on trying wines.

I will be the first to admit that I’m not a party person in the traditional sense. (I’m pretty sure this is becoming a running joke in some social media circles.) I was grateful for my earplugs, as it was challenging to hold a conversation, and I wanted more space to move about in. Even with that, this party was fantastic – I tried a ton of wines I hadn’t heard about before, from Figgins to Northstar, and hung out with some wonderful people. Next year, they need an afterparty at Theo’s. 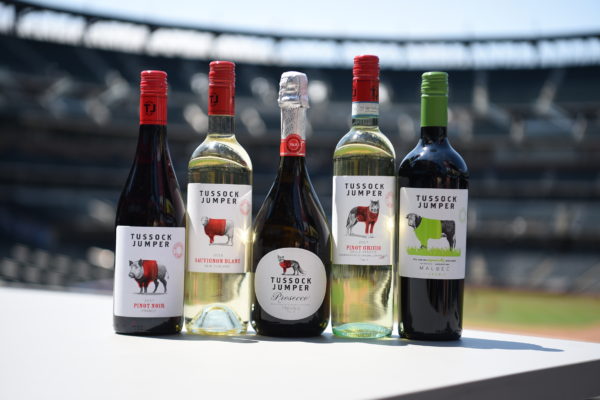 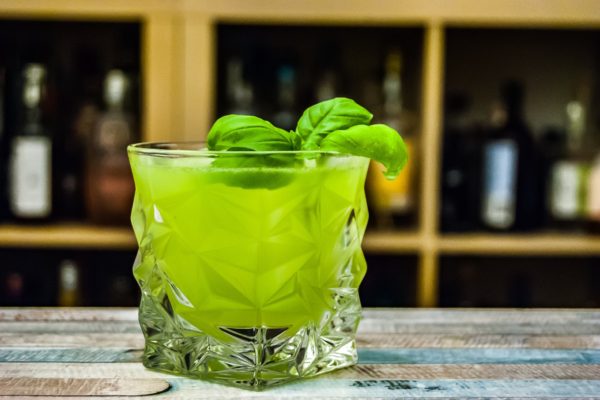 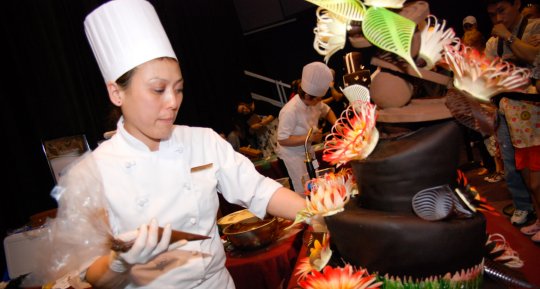