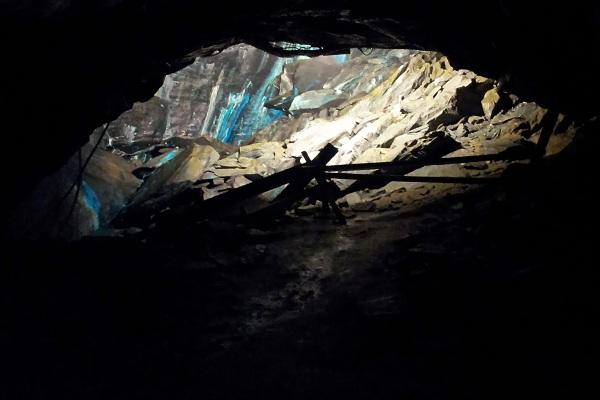 Trekking in the Underground Mines While Visiting Norway

by Jessica Tupper
When you’re in Røros, there’s one thing you have to do: go underground. The city of Røros has a 333 year mining history, fueled by wars, the hunt for copper, and kings. When it stopped in 1977, the crews first expected to be back in one year, five years. They left their picks, photographs, and... Read More When you’re in Røros, there’s one thing you have to do: go underground.

The city of Røros has a 333 year mining history, fueled by wars, the hunt for copper, and kings. When it stopped in 1977, the crews first expected to be back in one year, five years. They left their picks, photographs, and radios all in place, ready to pick up where they left off. Instead, the mines were permanently shut down, and named a UNESCO World Heritage Site.

Now the town offers guided tours into the mines, combining geology, local history, and a trek into the cold heart of an industry older than the United States.

We visited Olavsgruva (Olav’s mine) within the Storwartz area, one of the richest copper areas for the Røros Copper Works, as part of our guided tour with Visit Røros. You actually don’t enter the mine directly: you enter through the museum. There your tour guide first talks about the mines, the size of the area you’ll be walking in, and why people were in Roros for mining – to help the King’s coffers for expansion efforts. It was also a way to have guaranteed work: if you were willing to work in the mines, you were guaranteed income and land. After a quick safety discussion, we went down the stairway to don helmets and, for those with light shoes on, boots before entering the mine. My best piece of advice is to wear the loaned boots, unless you’re okay with hosing your shoes off later. Also, wear clothing that’s not only warm, but you’re okay with getting a bit muddy – even though I was careful, I still managed to get my pants streaked with grey rock.

We meandered through the caverns, stopping every so often for the guide to talk about how they checked for copper by looking for swaths of turquoise blue, or to visit the break room which also did double duty as a place to bring in wounded. All around were signs of the danger that had always lurked in the space – the guide’s giant flashlights, the old systems for checking if anyone was left behind, chains from sunken battleships now holding back rock.

And it is beautiful. The caves have shallow pools that look bottomless, there are streaks of color, and small underground rivers and valleys. And at the widest point, near the center of the mine network, is Bergmann’s Hall, the largest mining space and its heart. It’s giant, larger than any cathedral I’ve ever visited, with columns the size of old growth trees act as supports, keeping the place from caving in on us.

This is where they hold yearly vocal concerts – and, once, a wedding. It’s also where you can try singing if you want to experience some of the best acoustics you’ll ever come across. (You all missed out on my ode to Tom Lehrer, performed 50 meters underground.) After the singing contest, we trekked our return path through the caves and up to the warm museum.

Back above ground, you realize that the stark land you drove past on the way in is a direct result of what you just walked through. To run the mines, lumber was constantly being harvested, creating swathes of bleak terrain in an area that would otherwise be dense forests. Because of the altitude, the area directly surrounding the mine has barely begun to regrow. There are small bushes, tiny rivulets of streams, and an occasional tiny tree, but nothing remotely like the dense Norwegian forests you’ll find a half hour drive away.

Starting at NOK 90, or $15 US per person for a guided tour, it’s an experience I doubt I’ll ever be able to duplicate. It’s a testament to what humans can do, and how our actions affect the future.