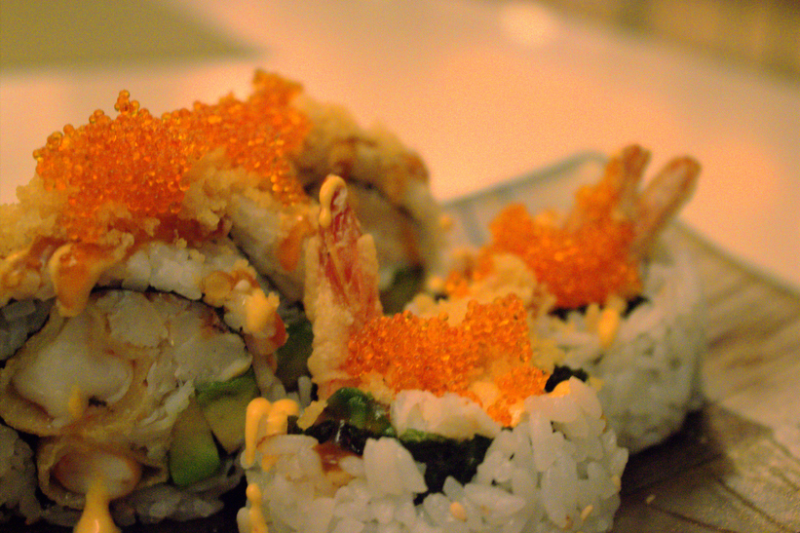 by Jessica Tupper
TRACE, the reborn Earth & Ocean in the W Hotel Seattle, opened on the 9th without fanfare, but with skill and visible excitement. There are really two areas to TRACE, a lounge and the restaurant proper. The lounge is sleek, with a metal fireplace surrounded by comfy lounge chairs, while the restaurant is a comparatively sterile... Read More

TRACE, the reborn Earth & Ocean in the W Hotel Seattle, opened on the 9th without fanfare, but with skill and visible excitement. There are really two areas to TRACE, a lounge and the restaurant proper. The lounge is sleek, with a metal fireplace surrounded by comfy lounge chairs, while the restaurant is a comparatively sterile white on white space with silver globe lights and pops of black. TRACE was designed with a “sonic lounge” concept, which explained why they were playing MGMT softly in the background. It all made me think of both swanky date nights and formal business meetings. In the restaurant proper, there are two menus – the lounge menu and the restaurant menu. There’s also a small sushi menu, which currently isn’t listed online. The staff will ask you about what menus you’re interested in, so ask if you have any questions.

After I ordered, a waitress came by with a silver bowl of mixed breads. While it was attractive, the slices were hit or miss on flavor. The cheese crackers were addictive, while the foccacia was relatively bland. My drink was a virgin mojito with grapefruit juice ($6), and absolutely refreshing. The main components of my dinner, the market greens salad ($8) and the crunchy roll ($11) arrived together. The salad is wonderful, and large enough that it could work well as a light meal by itself. The pears were ripe – certain Seattle restaurants, please take note – and were a great touch against the spiciness of the arugula and chives with the fruity vinaigrette.

The sushi roll was a different sort of challenge. It was an in-your-face oversized American sushi, topped with a mass of tobiko and crunchy tempura bits in addition to the spicy mayo and teriyaki sauce. As I was sitting there, attempting to eat a bite, I realized a fundamental truth. There was no way to politely eat this roll. Not for me, not in that moment. I admit it, things fell when I tried to eat it. I think I laughed at myself enough that the other tables gawked at me. But the roll tasted fine, if not as compelling as the salad. At the end of my meal, I ordered the Study of Washington Green Apple ($9). This is a very delicate dessert, with a pronounced honey-apple theme. The honey semifreddo is light, and the cigar of phyllo holding cinnamon apples is a crunchy take on strudel. But it’s a gentle rendition of apple, more a palate cleanser than biting into a Granny Smith.

I was not lucky enough to experience the original Earth & Ocean, but TRACE definitely has the chops to impress, both in food and decor. I’d just stay away from the sushi if I’m on a date.