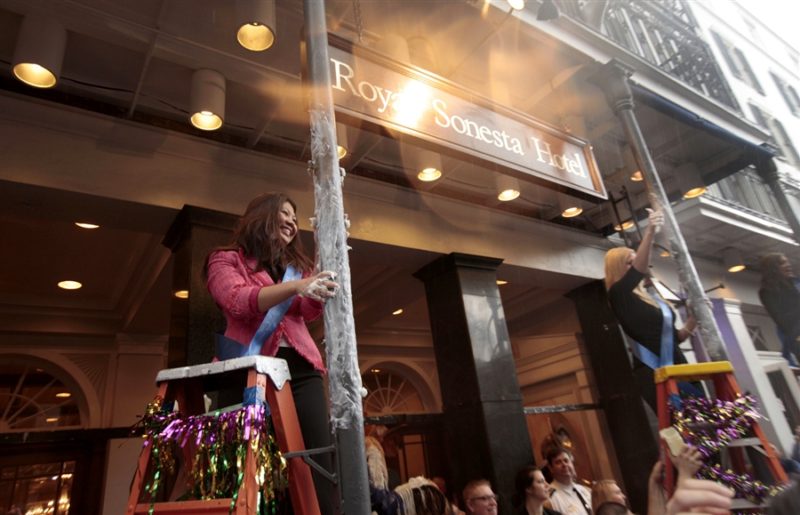 The Greasing of the Poles: A (Weird) New Orleans Past-Time

by Crave Editorial Team
About 43 years ago, the Royal Sonesta Hotel, a rather coveted Mardi Gras people-watching spot on Bourbon Street, began to realize the revelers and pary-goes, particularly after imbibing, would attempt climb onto the balcony by shimmying up the poles below. In an effort to end this rather unsafe ritual, the hotel began coating its balcony... Read More About 43 years ago, the Royal Sonesta Hotel, a rather coveted Mardi Gras people-watching spot on Bourbon Street, began to realize the revelers and pary-goes, particularly after imbibing, would attempt climb onto the balcony by shimmying up the poles below. In an effort to end this rather unsafe ritual, the hotel began coating its balcony supports with petroleum jelly to keep revelers from shimmying their way up. The annual “Greasing of the Poles” was thus born.

On the Friday before Mardi Gras, February  8th at 10:00 a.m., the Royal Sonesta Hotel officially kicks off the big carnival weekend in the French Quarter by presenting the 43rd Annual “Greasing of the Poles.“ This year’s event includes plenty of star power, a colorful dance group, carnival royalty, a jazz band and, of course, a whole lot of petroleum jelly! All the action takes place right in front of the Royal Sonesta Hotel’s main entrance at 300 Bourbon Street.

This year’s ‘Celebrity Greaser’ is actor, producer, director and author, Laura Cayouette. The multi-talented Cayouette has starred in numerous films including her most recent role as Lara Lee Candie-Fitzwilly in Quentin Tarantino’s latest work Django Unchained.  Cayouette plays Leonardo DiCaprio’s sister in the film.  She is the author of “Know Small Parts: An Actor’s Guide to Turning Minutes into Moments and Moments into a Career.”  Her highly successful career has spanned two decades.  During this time, she has appeared in films such as Enemy of the State, For Love of the Game, and Quentin Tarantino’s Kill Bill: Vol. 2.  Her television appearances include Treme, Friends and an award-winning episode of The Larry Sanders Show. She has appeared in more than fifty commercials and wrote and directed an award winning short film starring Joanna Cassidy, Danica McKellar and Julie Brown. In 2008, she produced and starred in the Quentin Tarantino presentation: Hell Ride, a biker movie starring Dennis Hopper, Michael Madsen and David Carradine.

Cayouette will be joined by two other surprise Greasers on Friday. The ladies will compete before a panel of celebrity judges in a Dancing with the Stars format. The winner gains bragging rights for an entire year and a trophy for the “Best Greasing Performance of 2013.”  The audience will also have a chance to vote for their favorite greasing performance and the winner walks away with the “People’s Choice Award.”

The role of keeping things on track this Friday morning is in the capable hands of two seasoned professionals. Greasing’s Masters of Ceremonies include a 30-year media veteran, Lebron “LBJ” Joseph, co-host of Old School 106.7 FM and WGNO-TV’s popular show News with a Twist. Joining LBJ is his Old School weekday morning show co-host, the funny and fabulous, Kelder Summers.

Finally, it just isn’t Mardi Gras without music, so we’ve invited Jazz-trumpeter Leroy Jones and his Original Hurricane Brass Band to kick it up a notch. Making a special appearance this year is the all-female marching group, the Pussyfooter Dance Divas. This unforgettable ensemble will present a number choreographed just for this year’s Greasing of the Poles.  If this isn’t enough to draw you in, we’ll have some of your favorite New Orleans Saints players and team mascot Sir Saint along with members of the New Orleans Saintsations on hand to cheer our Greasing competitors on to victory!

Bowing to a royal tradition, the Royal Sonesta’s President and General Manager Al Groos will host the 2013 King of Zulu, Cedric George Givens and his beautiful Queen Monica Givens. The royal couple will be joined by their entourage and as Greasing’s special guests they will be honored with a champagne toast. Don’t miss this rare opportunity to view Zulu Royalty up close before they parade on Mardi Gras day.
2013 Greasing Recap

The ‘Greasing of the Poles’ ceremony embraces the true spirit of Mardi Gras. The spectacle unfolds before hundreds of cheering revelers on one of the world’s most famous entertainment corridors, Bourbon Street.   The Royal Sonesta Hotel originated this long-standing carnival tradition of greasing the support poles as a means to deter over-zealous revelers from shimmying up to coveted balcony space. Forty-three years later it’s a party not to be missed. For prime viewing, plan to arrive early. Laissez les bon temps roulez – Let the good times roll, this Friday!

Crave Editorial Team
Just a couple of folks here to teach you about food, wine, and few other important things you just can't live without.
View All Posts by Author
Think Savory, Instead of Sweet for Valentine’s Day Cocktails
Previous Post
Dark Chocolate Cherry Martini 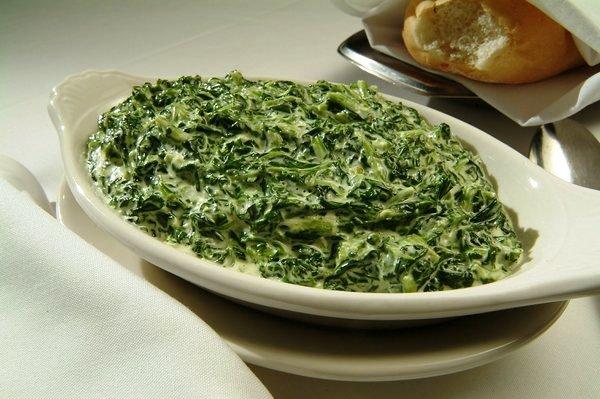