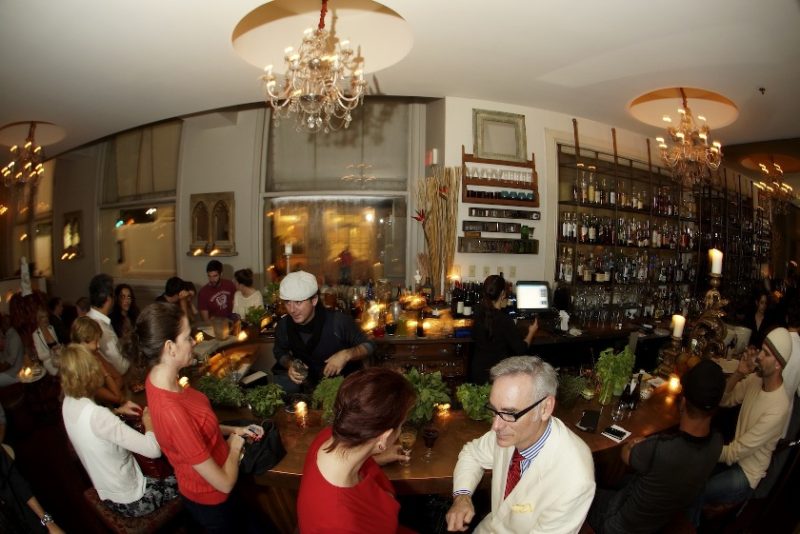 From New York to New Orleans, and the White House to International House, Marcus Samuelsson brings his vision, passion and uncommon excellence to the city that invented the cocktail.

Hill Harper and Sean Cummings bought 100 books, which Marcus signed and gifted to attendees.  30 were donated to culinary students of the New Orleans Center for Creative Arts (NOCCA), who represent the next generation of talent, and 20 books were given to the various artisans and entrepreneurs who have moved to New Orleans.

Like Marcus, these students and business owners are inspired by a divine impulse to create, and whether their art is a literal canvas, or a company, they are transforming the local economy in new and exciting ways.

A silent continuous looped film of Marcus was played on an upper wall within the lobby of International House Hotel, near Byron Buchanan’s mixed media paintings of Audrey Hepburn, Nelson Mandela, John Kennedy and Steve Jobs.

International House’s mantra is to celebrate the creative ones with a tribute series dubbed “Here’s to the Creative Ones”, honoring uncommonly talented people, and Marcus was in good company.  That Friday, Marcus was celebrated as he was added to the hotel’s Pantheon of creative ones.

In his speech, Marcus talked about his own courage to create, and the life path he has experienced, as he was “chasing flavors” not only in his kitchen, but also in life itself.

Shake and pour through strainer. Garnish with Dill fronds.

Pull out stems.  Shock greens from a rolling boil to a very cold ice bath.  Combine and blend 1/2 gallon of simple syrup and all greens.  Pour through fine strainer.  Makes 1/2 gallon of 7 Green Syrup.