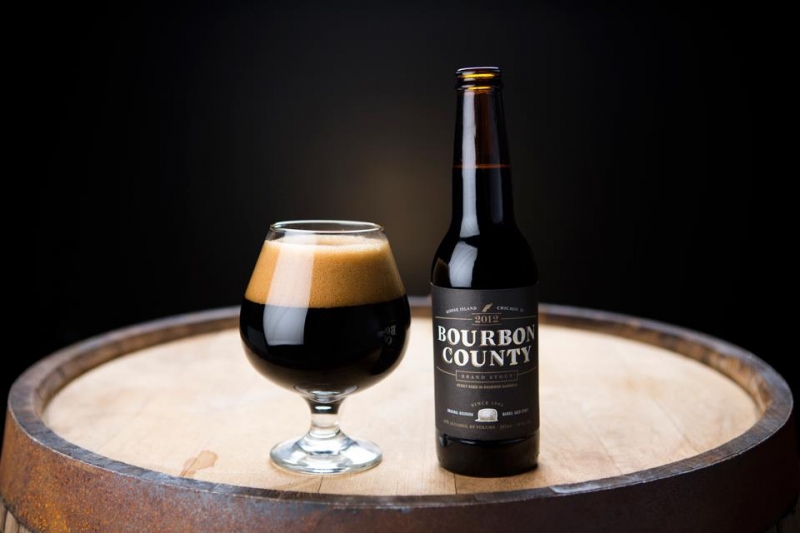 The Great Whale Hunt of 2014: Black Friday for Beer Lovers

by The Hoppy Couple
It is the time of year when people line up at retailers hoping the elusive black Friday gem will still be available once they fight their way to the front of the line. While millions of mothers, fathers, sisters, brothers and all the other Christmas lovers queue up at Best Buy or Target, I am... Read More It is the time of year when people line up at retailers hoping the elusive black Friday gem will still be available once they fight their way to the front of the line. While millions of mothers, fathers, sisters, brothers and all the other Christmas lovers queue up at Best Buy or Target, I am standing in line at a liquor store. For the thousands of beer geeks in the Orlando area, Black Friday means one thing: Bourbon County Stout is here! Winter Park ABC –Thanks to Mike Z for the pic!

In 2011, the venerated local brewer out of Chicago, Goose Island, sold majority ownership to AB-INBEV (i.e., Budweiser). As a result, beer nerds largely turned their backs on Goose Island beers, upset of the sellout to the near monopolist mega-brewing (evil) empire. An exception is the Bourbon County Stout line of small batch, barrel aged stouts available only in November. Beer lovers consider BCS a “whale” (hard to find and much coveted). The whale hunt began weeks ahead of Black Friday when lists of stores carrying BCS started appearing on the invitation-only Facebook beer groups. Serious beer drinkers shared stories and strategies. One friend said he was sending his wife to one ABC and his brother to another while he would hit Total Wine on Colonial. Most stores lucky enough to get an allotment received 12 of these beers and shoppers were limited to one per person. Another enthusiast described the scene at one retailer where people brought in-laws, neighbors, and grandparents to get around the one-per-person rule. Reports of people camping out at Total Wine and pictures of long lines at ABC locations started showing up in the Facebook groups in the early AM hours of Black Friday. Stories and videos of blocks-long lines forming before sunrise in Chicago show the desire for good beer matches Black Friday shoppers’ enthusiasm for cheap TVs and computers. To see a video of the thousands of people lined up in Chicago, see this video: https://www.youtube.com/watch?v=jB3QeDYtcbU We snagged bottles of the Vanilla, Coffee, and Barely Wine variants with little muss or fuss. We are lucky to have nabbed these, our strategy, which will remain our secret, worked well and we hope to employ it next year with similar success.

We hope your Black Friday was as successful as ours. Until next time, cheers!

The Hoppy Couple
Just two people who like to share our eating and beer drinking experiences in and around the Central Florida area. The Hoppy Girl is from New Jersey and Hoppy Boy is from Los Angeles, where we each spent years working in the restaurant business. Got a great beer or beer restaurant we should try? Let us know on Twitter!
View All Posts by Author
Visit Author Website