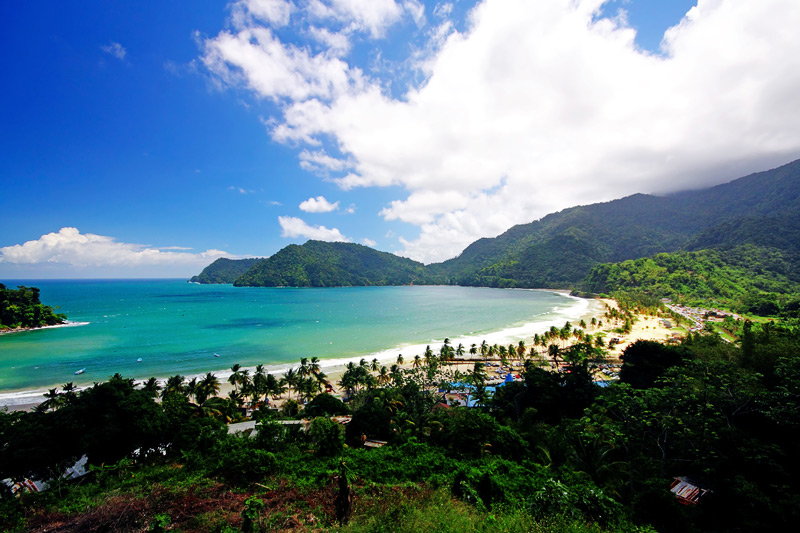 Exploring The Caribbean: Tasting Through Trinidad and Tobago

by Crave Editorial Team
Drawing on the powerful blend of cultures including Spanish, Portuguese, French, Dutch, Chinese, African, Creole and Indian, Trinidad and Tobago’s “foodie” scene is the perfect destination for curious gourmands looking to take their taste buds on a culinary world tour. From street food to fine dining, the destination offers visitors the chance to savor a... Read More Drawing on the powerful blend of cultures including Spanish, Portuguese, French, Dutch, Chinese, African, Creole and Indian, Trinidad and Tobago’s “foodie” scene is the perfect destination for curious gourmands looking to take their taste buds on a culinary world tour. From street food to fine dining, the destination offers visitors the chance to savor a unique and adventurous culinary style that offers tasty options, regardless of dietary needs—vegetarians to meat lovers and those in between.

Secret on the Side of the Road
For a unique culinary experience, visitors can to take the unbeaten path that leads to the side of the road. Street vendors serve some of the most traditional, memorable and flavorful foods on the islands, including doubles, roti, various soups, pholourie and chow. Doubles, one of the most popular street side delights, are made up of savory curried chick peas between two barra, or flat fried bread. Perfect for breakfast, a snack or a late night treat.

When in search of the next meal, street foodies need look no further than a roti vendor. Similar to an Indian flat bread, roti is filled with finely ground split peas, then wrapped with curried meat, shrimp and/or vegetables. Trinis love their soups and many can be found enjoying a bowl of cow heel soup, one of Tobago’s most popular soups in addition to pig tail, fish broth and Creole corn soup, served piping hot with corn, coconut milk and dumplings.

Another favorite is pholourie, fried balls of dough that are incredibly versatile as they can be enjoyed sweet, with tamarind sauce or mango chutney, or savory with chandon benni (cilantro). When in search of a sweet and savory combination, many Trinis reach for chow, sliced mango and pineapple marinated with chandon benni, garlic, salt and pepper. The most popular spots to taste street treats include St. James, Port of Spain’s nightlife capital, and Queen’s Park Savannah.

Beach Eats
For the ultimate authentic taste of the islands, Trinidad’s famed Maracas Beach, often referred to as the bake and shark capital of the world, is not to be missed. Trinidad’s signature dish serves up shark fillets seasoned with a tangy lime marinade, deep fried to perfection, then stuffed in between fried bread and spiced with choice of a seemingly endless number of toppings, including garlic, pepper, cilantro and pineapple.

Local favorite alloo pie, a potato filling mixed with a variety of meats or vegetables in dough that is then deep fried, is one of the many quick delights you can buy from most of the street food vendors throughout the islands. On sister island Tobago, Store Bay beach goers enjoy the island’s signature dish, curried crab and dumplings. Visitors should note that there is no need for knife and fork, just fingers, some patience and napkins to eat the sometimes messy dish.

Fine Dining
With Caribbean food rapidly growing in global popularity, one of the islands’ most exciting movements in local cuisine is the emergence of haute cuisine where traditional Trini dishes are prepared in a trendy gourmet style.  In Trinidad’s bourgeoning gourmet restaurant scene, patrons will find a variety of fine dining restaurants from international to local cuisine.  Chaude Creole, in particular, has given street food a haute makeover by serving French, Chinese and Thai influenced dishes in a gourmet tasting style.  Many of these dining destinations can be found on Ariapita Avenue, also known as “The Avenue”,  Woodbrook, St. Ann’s, St. Clair and around the Queen’s Park Savannah.  Other fine dining favorites include: Flair, Veni Mange, and Aspara in Trinidad and Seahorse Inn and Café Coco in Tobago.