by Jessica Tupper
Two Kansas City residents are setting out to do something that has never been done before—make a documentary about Kansas City barbecue. To make it a reality, they are using Kickstarter.com to help finance the project and betting that people’s unparalleled passion for Kansas City barbecue will motivate them to open up their wallets. Producers Martin Diggs... Read More 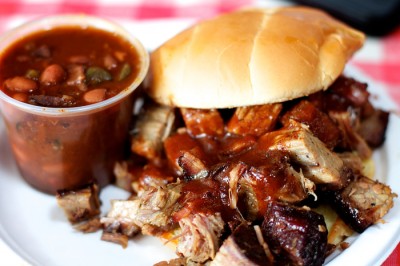 Two Kansas City residents are setting out to do something that has never been done before—make a documentary about Kansas City barbecue. To make it a reality, they are using Kickstarter.com to help finance the project and betting that people’s unparalleled passion for Kansas City barbecue will motivate them to open up their wallets.

Producers Martin Diggs and Kevin Fossland plan to exhibit the film locally and at major film festivals after completion, which is anticipated for Summer 2013. Diggs (who spent a decade working in the film industry in Los Angeles) and Fossland (the project’s brainchild) have something in common with each other and most who work in the entertainment industry—they have spent time working in the restaurant industry. Working at restaurants in Kansas City provided them with an insight into the art form that is Kansas City barbecue and the culture that makes it so unique.

“Everyone has a story to tell when it comes to barbecue,” says Diggs. “From staying up all night to smoke meats, tailgating at a stadium or at home, special occasions or spending the afternoon at our favorite local barbecue joint. It’s in our blood. Kansas City is barbecue!”

He adds that while there has been much produced about barbecue in Kansas City (via the Food Network, Travel Channel and others), there is not one full-length documentary dedicated to the whole story.

“The culture is truly unique to the city and its people,” says Diggs. “People all over the world have heard that Kansas City is known for barbecue—we want them to understand it is a way of life.” 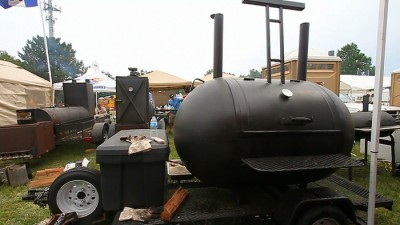 Diggs has already begun filming and has gotten a very positive response from restaurants and barbecue fans across the city. What will make the project unique is how its focus will go far beyond just the barbecue you find in restaurants and along roadsides. In addition to featuring well-known establishments, the documentary will bring its audience inside the homes, the back yards and the hearts of regular Kansas Citians that are passionate about their barbecue and all that it means to them. It will also document the history and methodology that makes Kansas City barbecue unique.

“It is about so much more than food,” adds Diggs. “Ask any number of residents in the Kansas City area what the word ‘barbecue’ means to them and everyone will have strong opinions. It is a style of cooking with a fire, a back yard gathering with friends and family, a ritual before a sporting event, a type of restaurant—it has so many meanings. We bleed barbecue sauce here!”

Diggs and Fossland have created Burnt Ends Media to spearhead the project and have produced a teaser to explain the project and encourage people to invest in it on Kickstarter.com. They are also asking for people to share their barbecue stories for possible inclusion in the documentary. They are doing this through a grassroots effort and are asking for stories, photos, recipes and barbecue philosophies that have been passed down generation to generation. Kansas City area residents are encouraged to take part by connecting through the project’s Facebook page at Facebook.com/BurntEndsMedia. People can also join the conversation on Twitter (@BurntEndsMedia).

To kick start the project, they are using Kickstarter.com to raise funds—with an initial goal of $50,000. From $10 to $10,000, there is a wide range of investment opportunities and each one gives something back to the investor. For example, $50 will include a special thank you in the credits of the film and $5,000 includes a title card in the film and tickets to the Kansas City premier, among other bonuses.