by Crave Editorial Team
It should come as no surprise to industry observers that tequila sales are red-hot. It continues to be the fastest growing category of spirits, increasing 6.4% in volume in 2011 to 12.8 million 9-liter cases sold, according to the Technomic’s Adult Beverage Report. Tequila now comprises 6.4% of all spirits sold in the U.S. The... Read More

It should come as no surprise to industry observers that tequila sales are red-hot. It continues to be the fastest growing category of spirits, increasing 6.4% in volume in 2011 to 12.8 million 9-liter cases sold, according to the Technomic’s Adult Beverage Report. Tequila now comprises 6.4% of all spirits sold in the U.S.

The unfettered growth has left many consumers feeling overwhelmed. So which of the recently introduced tequilas are intriguing enough to make their way to the bigs? Here’s our take on the top contenders.

123 Organic — This artisanal brand deserves kudos for its character as well as being ecologically friendly. It’s made in the Lowlands of Jalisco at Tequila Las Americas [NOM 1480] in Amatitán from certified organic blue agaves and is barrel aged for up to 18 months. The hand-numbered añejo has an oaky, tannic nose and a broad palate of chocolate, caramel and vanilla flavors. The finish is long and thoroughly satisfying.

Apocalypto Reposado — Likely the brand with the most dramatic first impression is Apocalypto Reposado, a handcrafted gem presented in a striking ceramic half-man/half-jaguar bottle. The tequila is produced in the highlands of Jalisco at the Destiladora del Valle de Tequila [NOM 1438] and matured for 6 months in white oak barrels. The tequila ha a golden amber hue, a wafting floral and herbal nose and a vanilla, coffee and dark chocolate palate.

Dulce Vida Reposado — Handcrafted in the Highlands of Jalisco at Groupo Industrial de Los Altos [NOM 1443], Dulce Vida is certified organic and bottled at 50% alcohol (100 proof) to better preserve its brilliant character—less water, more flavor. The reposado is aged 11 months in charred American oak barrels. Its stay in wood imbues the tequila with a rich golden hue, an oily textured body and a generous palate of black cherries, honey, chocolate and zesty citrus.

Don Diego Santa Añejo — The brand is handcrafted at the Destilería Rio de Plata [NOM 1124] in Guadalajara, a small distillery founded in 1943 that only produces 100% agave tequila from estate-grown agaves. The small batch añejo is an elegant spirit matured between 12 and 18 months in small white oak barrels. It has a lushly textured body, a wafting bouquet of cinnamon, chocolate, vanilla and toasted oak and caramel, almonds, honey and slightly spicy flavors.

Don Modesto Añejo — Don Modesto is made in Amatitán, Jalisco at Tequilera Rivesca [1531]. This neo-classic Lowland spirit is produced using the same techniques and same mountain spring water as the distillery’s founder, Don Modesto Toro Anaya. In an unusual twist, the añejo is matured for 14 months in French oak used previously to age Cognac. It has a generous nose of cinnamon, vanilla, caramel and light oaky notes and a lavish palate marked with chocolate, nutmeg, baking spice and light citrus. The finish is warm and long.

Don Pilar Blanco — The brand is crafted by Grupo Industrial Tequilero de Los Altos [NOM 1443] in the highlands of Jalisco. The agaves from which is made Don Pilar tequila are fermented using a process dubbed the “Mozart method,” in which classical music is played over speakers during the 10-day fermentation process. It’s thought the soothing strains of the music have a positive affect on the yeast used in fermentation. Don Pilar is an exemplary Highland gem—fruity, floral and slightly spicy.

Expresiones del Corazón — A legitimate game changer, ultra-premium Expresiones de Corazon is a series of five wood finished tequilas from Casa San Matias [NOM 1103] in town of Ojo de Augua in the Highlands of Los Altos. After distillation, much of the tequila is placed in barrels used previously to age such famed whiskeys as Sazerac Rye, George T. Stagg Bourbon and Van Winkle Bourbon. The altogether sensational Expresiones de Corazon Reposado is matured for 11 months in Buffalo Trace Bourbon barrels. The range also includes a blanco version and three añejos. The limited release series is scheduled to make its debut in February 2013.

Luna Malvada Reposado — The agaves used to make Luna Malvado grow wild in the ancestral growing region of the bio-diverse tropical dry forests near the Colima Foothills in Southern Jalisco. Nearly 12 years in development, the range of Luna Malvado tequilas is crafted at Destiladora de Agave El Mentidero [NOM 1572] in Jalisco. Luna Malvada Reposado is aged for a minimum of 8 months in American oak red wine barrels. The tequila has a deep amber hue, a satiny textured, medium-weight body and the tantalizing aromas of chocolate, honey and butterscotch. It has a dry, smooth entry that bathes the palate with spicy, herbal flavors. The medium length finish features the added flavors of caramel and hazelnut with light smoky notes.

Luna Nueva Añejo — This luxurious newcomer is crafted at Premium de Jalisco [NOM 1558] in Mazamitla, Jalisco under the direct supervision of 3rd generation master distiller Wilfrido Ortega Casas. The agaves used in distillation come from both the Lowlands and Highlands. Limited edition Luna Nueva Añejo is aged for 18 months in new American and French oak barrels. It has a dark amber hue, a velvety smooth body and a wafting bouquet of cinnamon, spices, fresh citrus and vanilla. The palate is loaded with spice, butterscotch, cocoa, vanilla and light peppery notes.

Regional Añejo — Regional (pronounced “Ray-he-o-nahl”) tequilas are crafted at Empresa Ejidal Tequilera de Amatitán [NOM 1503] using agaves grown in the mineral rich valley floor to the Highlands of the surrounding mountains. The Añejo is matured for a minimum of 12 months in American white oak barrels, during which it obtains a deep golden/amber hue and a generous bouquet of spice, cocoa and dried herbs. It has a dry palate featuring the warm flavors of clove, anise, fresh herbs and chocolate and a long-lasting finish with notes of vanilla, toffee and honey.

t1 Tequila Uno — This range of limited edition tequilas is the creation of master distiller Germán González Gorrochotegui of Chinaco fame. Produced at La Tequileña [1146] in the Lowlands of Jalisco, the appropriately name t1 Excepcional Reposado is barrel aged 6 months in Scottish oak. The pale straw colored tequila has a satiny textured body, a generous herbal and spice bouquet and a long, vanilla and baking spice finish. The award-winning tequila is skillfully balanced and remarkably elegant.

t1 Tequila Uno Estelar — Produced at La Tequileña [1146] in the Lowlands of Jalisco, Tequila Uno is the creation of master distiller Germán González of Chinaco fame. The golden hued añejo is matured 18 months in American white oak. It has a velvety textured body and a bouquet saturated with the aromas of chocolate, vanilla and zesty citrus. It bathes the palate with a balanced offering of oak-induced flavors and herbaceous spicy notes. The long, lingering finish is the embodiment of elegance. It is brimming with the aromas and flavors of red fruit, vanilla, caramel and spice.

Tres Agaves — The Tres Agave range of tequilas is made in the Lowlands at El Llano Distillery [NOM 1109], one of the oldest distilleries in Jalisco. Artisanal Tres Agaves Añejo is aged 18 months in Woodford Reserve barrels. The dark amber tequila has a generous citrus, caramel, cocoa and herbaceous nose. The palate is a delectable blend of herbs, vanilla, baking spices and black pepper.

Cocktail Pairings Got You In a Twist? Crave Local Has Recipes For Your Next Party
Previous Post
From Sugary Vodka to Epic Meals: Food & Drink Pet Peeves of 2012
Next Post
You May Also Like 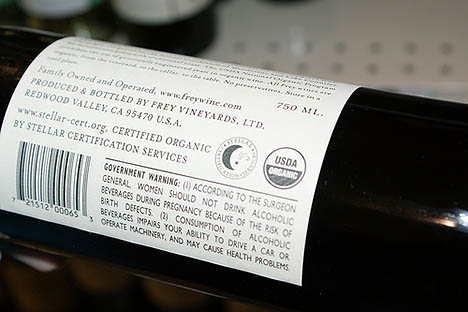 Organic Wines – With US Standards, Quality is Hard to Find
84 Percent of Food Truck Fans Follow 1x a Week or More