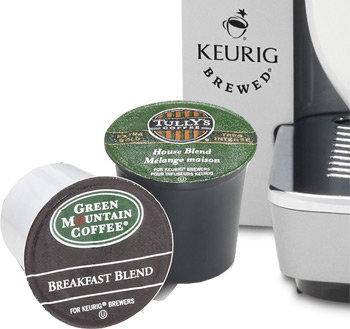 by Crave Editorial Team
It seems good things really do come in smaller packages for a growing number of U.S. consumers. Trends including a rise in snacking, a craving for convenience and the demand for an easier way to control portion sizes, are driving a rise in single-serve and snack-sized food packaging. The trends are good news for convenience... Read More It seems good things really do come in smaller packages for a growing number of U.S. consumers. Trends including a rise in snacking, a craving for convenience and the demand for an easier way to control portion sizes, are driving a rise in single-serve and snack-sized food packaging.

The trends are good news for convenience stores, where most of the food likely to be consumed within an hour of purchase is bought, says Darren Seifer, NPD Group’s food and beverage industry analyst. Each day, 28 million Americans will buy at least one snack food.

“What’s driving the category growth, it’s not something that’s definitely different. It’s the same food, just in different packaging that’s made easier for them,” he said.

Hummus, for example, has been around for a long time, but its spike in popularity has been followed by new packaging options that put individual portions together with a single-serve portion of chips for dipping, he says.

Whether snacks or meals, single-serve portions become more important as people dine alone more often. Today, 47% of all eating occasions — meals and snacks — are solitary affairs, according to research from The Hartman Group.

Candy bars are the perennial favorite for convenience store snack buyers, NPD’s Seifer says, and other evidence shows that craving for an easy source of chocolate has driven new packaging innovations in the sweets aisle as well.

In a recent interview, Mars Chocolate North America’s Larry Lupo told CSPNet.com that larger bags of bite-sized candy bars have grown in popularity four times faster than the overall chocolate market in the past four years, as people want a snack that’s not only convenient but also shareable. Additionally, many want to eat some now and save the rest for later.

Shelf-life and the desire to not waste money on food that will go bad could be driving some of the demand as well, says Seifer, especially for Millennials who are delaying marriage and family in favor of building a career.

Seifer says consumers of all ages make their food choices based on some combination of the three C’s — convenience, craving and cost. “It’s kind of like three overlapping circles, and at the center are the ones that are saving me money, saving me time and taste very good.”

Different people may give more weight to one “C” or another, such as sacrificing a bit of cost savings for the sake of convenience, especially if it means cutting down on waste, but generally there’s a balance between the three criteria, he says.

Health-minded consumers may have an additional reason for choosing smaller and single-serve packages. Portion control is especially an issue for older consumers, he says. “More seniors are keeping an eye on keeping their portions in check. It’s not as common with the younger generation, but it’s out there. It’s more so for the proactive health crowd, but it’s not the biggest group out there.”

In addition to food, beverage makers are increasingly exploring single-serve options, especially when it comes to coffee. Single-serve coffee sales jumped from $1 billion to $1.8 billion between 2011 and 2012, according to research from Packaged Facts, and the rise in Keurig home brewing machines has spurred brands including Green Mountain Roasters, Starbucks and Dunkin’ Donuts to expand to the K-cup market.

Unlike single-serve food trends, the rise in K-cup coffee consumption is likely to benefit supermarkets and even restaurants more than convenience stores. Besides the additional revenue some chain restaurants stand to make from sales of their branded K-cups, there’s evidence that some restaurants are turning to single-serve brewing machines to serve each patron the freshest possible cup of joe, Nation’s Restaurant News reported last fall.

It’s likely that the single-cup trend will expand beyond coffee into other beverages including tea, cocoa, fruit drinks and wellness beverages, Packaged Facts found.

Crave Editorial Team
Just a couple of folks here to teach you about food, wine, and few other important things you just can't live without.
View All Posts by Author
Collard Green Dip with Bacon
Previous Post
Spice It Up: The Orange Jalapeno Margarita
Next Post
You May Also Like