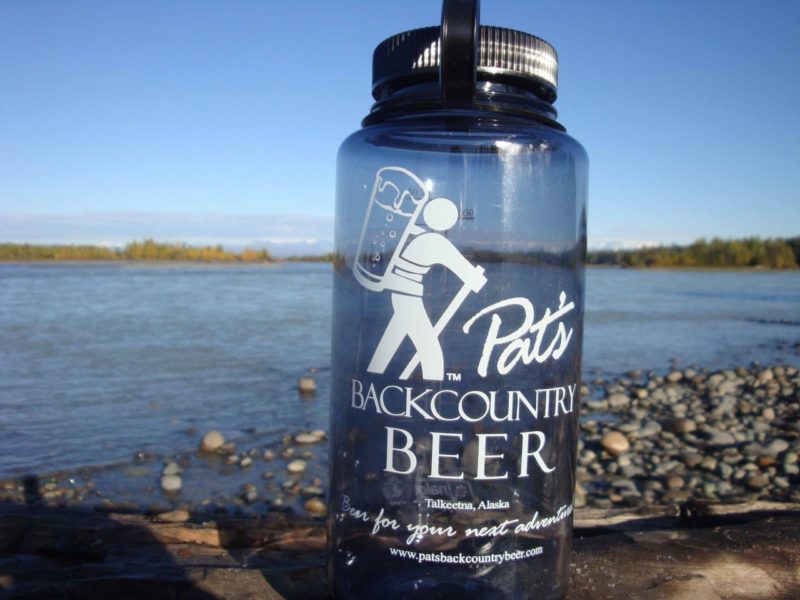 Powdered Beer: Light Weight, Eco-Friendly, and Great for Camping (Or the Apocalypse)

by Crave Editorial Team
Wouldn’t it be great to pull into camp each night, get your inflatable camping tent set up, then kick back and drink a nice cold beer? Sadly, your favorite Inversion IPA typically contains about 95% water, making it heavy and cumbersome to carry with you on the trail. Now, Alaska based Pat’s Backcountry Beverages has... Read More Wouldn’t it be great to pull into camp each night, get your inflatable camping tent set up, then kick back and drink a nice cold beer? Sadly, your favorite Inversion IPA typically contains about 95% water, making it heavy and cumbersome to carry with you on the trail. Now, Alaska based Pat’s Backcountry Beverages has found a lightweight, portable, and easy way to let you make beer, soda, or plain old sparkling water on command.

Pat’s Backcountry Beverages has created not only a portable carbonator, but also a full line of concentrated beverages, including beer and a variety of soda flavors like cola and root beer. To create the carbonation, Pat’s uses a solid mixture that has been exposed to pressurized carbon dioxide gas, causing tiny high-pressure bubbles to be trapped inside (think Pop Rocks). Once exposed to water, the solids dissolve, releasing the carbon dioxide to be pumped into your drink. This makes it perfect when you’re hiking as it means that you need only carry a lightweight powder around with you.

Soda and sparkling water are great but I can imagine most of you are interested in how you can enjoy that backcountry beer. With Pat’s innovative brewing process, they can create a nearly waterless beer concentrate that contains all the great flavor, alcohol, and aroma of a premium quality microbrew. Pat’s beer is not dehydrated beer.

Here’s a video on how the carbonator works:

Unlike other concentrate processes, the company does not first make the beer and then remove the water afterwards. Instead, the process starts with almost no water, and carefully controls the environment for fermentation. The result is a concentrated beer with all the same great taste you’re used to in your favorite local brew. All you have to do when you hit camp is add water, carbonate, and enjoy.

The initial production run of the portable carbonator from Pat’s Backcountry Beverages will be available early 2013. Since all this seems too good to be true, the beer concentrate is sadly not yet available while the company seeks investment for their brewing operation. Let’s hope Pat’s quickly turns to Kickstarter so we can all pre-order our backcountry beer machines in time for our upcoming adventures.

Frozen Crab Legs vs. Live Snow Crab: Is There a Difference?
Previous Post
Pumpkin, Cocoa, & Spice – You'll Fall in Love with Seasonal Craft Beers
Next Post
You May Also Like