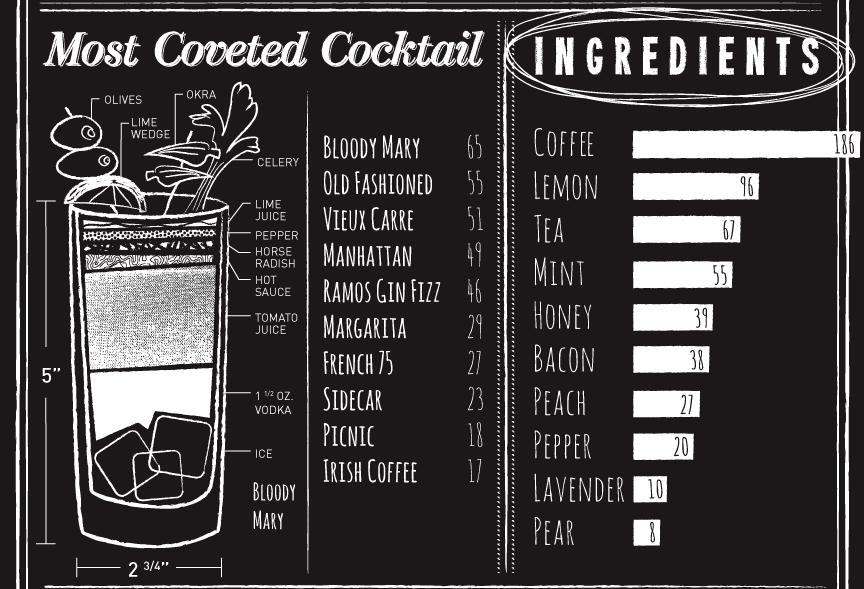 Infographic: What’s ‘Hot’ in Spirits + Cocktails from Tales of the Cocktail 2012

by Crave Editorial Team
Global cocktail enthusiasts come to New Orleans for the 10th annual Tales of the Cocktail, a premier festival dedicated to the advancement of craft cocktail 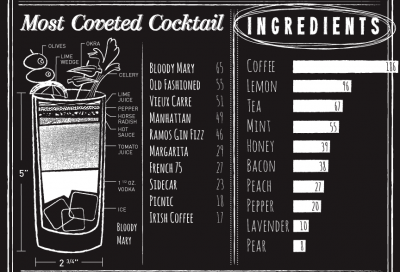 Cocktail enthusiasts from across the globe descended upon New Orleans for the 10th annual Tales of the Cocktail – the world’s premier festival dedicated to the advancement of the craft of cocktail making through education, networking, and promotion. Tales of the Cocktail events spanned various venues throughout the Crescent City from Tuesday, July 24th through Sunday, July 29th. The following infographic relays the top social media buzz surrounding the spirited festival.

Tales of the Cocktail generally focuses on the inventive cocktails developed by the best mixologists, which many attendees posted about on various social media platforms, though most prevalently on Twitter.  However, the alcohol brands (and associated cocktails) that sponsored popular events garnered the lion’s share of the social media mentions.

For example, the Bloody Mary received top cocktail buzz, with most referencing the Absolut DIY Bloody Mary Bar located in the Hotel Monteleone, the host venue. Similarly, Grey Goose Vodka, which just eclipsed Absolut as the most talked about vodka at Tales, sponsored a sold out Spirited Dinner at John Besh’s restaurant, August.

OXLEY GIN garnered the most gin buzz with their variety of ginsicles, which they provided to help Tales attendees beat the New Orleans summer heat.

Brugal achieved the most rum mentions by providing a fully stocked Rum Bus to shuttle attendees to the further lying venues, and Macallan topped the scotch buzz by sponsoring an ice ball plunge event in which notable bartenders dove into a large pool of basketball-sized ice balls; the funds raised by the plunging mixologists go to the Museum of the American Cocktail.