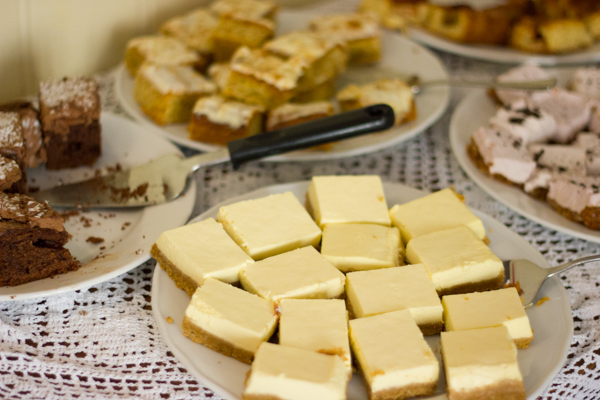 by Jessica Tupper
Mormors Stue is totally where I would have hung out as a college student, and semi-secret home to one of the best dessert deals in Trondheim. The first challenge is finding it. It’s on Nedre (Lower) Enkeltskillingsveita, which only has a sign on one side of the street if you’re walking there along Olav Tryggvasons... Read More Mormors Stue is totally where I would have hung out as a college student, and semi-secret home to one of the best dessert deals in Trondheim. The first challenge is finding it. It’s on Nedre (Lower) Enkeltskillingsveita, which only has a sign on one side of the street if you’re walking there along Olav Tryggvasons gate.

If you’re confused by the street names, they’re actually fairly easy to get used to. My second language is French and I was easily blurting out street names within a day or two, because a lot of it translates pretty similarly to English. (That being said, if you reach Munkegata while walking westbound, which is one of the major streets and goes straight south to the Tourism Center, you’ve gone too far.)

Once you’re inside, you’ll enter a small room dominated by a massive display rack, crammed full of pastries and buns. I asked about the cake buffet and was pointed to the side doorway. And around the corner, the space opened into two small rooms, a patio, and a few tables, some covered in various slices of slab cake and teas. Best of all, the buffet only costs 100 NOK, or roughly $17. (Norwegian food is more expensive than most food in the US plate for plate, so be ready for that.)

The place, even the food, is nostalgic: the tables are tiny and care-worn, and there are lace doilies on everything, even the couches. And the cakes are simple and inviting, closer to what you’d get from an awesome bake sale or your grandmother than fine dining. And that’s exactly what they’re going for – Mormors Stue roughly translates to ‘Grandmother Living.’ We tried a cinnamon-speckled cake, a blueberry cake, and cheesecake squares. All were fluffy, with crispy crusts and soft, flavorful fillings, and comforting. The cakes change throughout the afternoon; when we were heading out to leave there were two more flavors to try. If you’re not one to want frappucinos or tons of extras in your tea, it’s an amazing deal.

While we were there, a lot of students came in with books, arguing science or keeping their heads down and studying. It didn’t get loud while we were there, but I could imagine it getting hectic later in the afternoon, especially during the school year.

I’m no longer in college, but as a tourist this was a great place to sit for a couple hours, get used to the time difference, and grab a slice of cake – or four – cheaply before exploring the city. It’s Trondheim; there’s no rush.