by Jessica Tupper
Those who say beauty is in the eye of the beholder can appreciate the story of the Curaçao orange. Too bitter to eat, with a dimpled, wrinkled exterior that would never win a beauty contest, these homely pieces of citrus become absolute magic when used to create Curaçao liquor. This intense, flavorful elixir is and... Read More

Those who say beauty is in the eye of the beholder can appreciate the story of the Curaçao orange. Too bitter to eat, with a dimpled, wrinkled exterior that would never win a beauty contest, these homely pieces of citrus become absolute magic when used to create Curaçao liquor. This intense, flavorful elixir is and has been a bartender’s best friend – classic cocktails demand classic liqueurs, and no liqueur is more classic than newly introduced Pierre Ferrand Dry Curaçao Ancienne Méthode. Based on a 19th century recipe, it is a traditional French Orange Curaçao made from the peels of Curaçao oranges and spices blended with brandy and Pierre Ferrand Cognac. This new take on a classic taste comes from Cognac Ferrand proprietor and spirits mastermind Alexandre Gabriel in consultation with spirits and cocktail historian David Wondrich. It is a rich, complex and balanced liqueur that will bring new sophistication to punches, slings, fizzes and more.

“Curaçao is a very special liqueur of the 19th Century that is all about taste. Unfortunately, the past 50 years have been devastating for this traditional product – it has been made bright orange, then bright blue, with artificial flavors. Curaçao can be a cheap, plastic, nasty liqueur or it can be heaven in a bottle. It all depends on the ingredients and the production method. We wanted to go back to the roots, the French take on Curaçao, the most accomplished one,” says Cognac Ferrand proprietor Alexandre Gabriel. Gabriel and David Wondrich were talking cocktails one day, when Wondrich told him of the bartenders’ craving for an authentic Curaçao. “We desperately need one,” he told Gabriel. The question got Gabriel’s wheels spinning and he turned to his collection of historical recipes from the 18th and 19th centuries to seek out the true way to bring back this artisanal product. Gabriel and his team experimented with more than 50 different recipes and took what they thought was best from each of them. 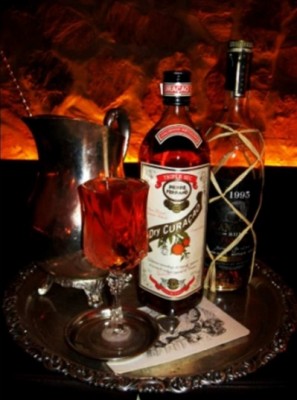 “Back in the 19th century, when the art of mixing drinks as we know it came together, there were only a few liqueurs popular for cocktail use, and Curaçao was by far the most important of them, appearing in all sorts of drinks, from punches to cocktails to juleps and beyond,” says David Wondrich. “Indeed, Jerry Thomas, the century’s most famous bartender and the guy who literally wrote the book on the American way of drinking, even went so far as to include a dash of Curaçao in his basic cocktail recipe, as if to say that you couldn’t make a proper cocktail without it. Pierre Ferrand Dry Curaçao, with its spicy, slightly bitter edge, makes me think for the first time that he may have had a point.”

Curaçao is born from Curaçao oranges, which are only grown on the Caribbean island of the same name. Oranges aren’t native to Curaçao – Spanish visitors to the island arrived with Valencia orange plants, hoping to grow them. But the arid climate of the island changed the sweet Valencia oranges over time into a fruit so bitter not even the local goats would eat them. The unwanted plants were forgotten, and grew wild. Decades later – the exact date is lost in history – it was discovered that the peels of these extremely bitter oranges, once dried by the sun, contained oils with an extremely pleasing fragrance. The Valencia orange had turned into something completely different and became known as the Laraha orange. Experimental distilling and blending with spices and alcohol in the 19thcentury resulted in a delicious and unique liqueur that became known as Curaçao. First infused in grain spirit by the Dutch, the French unleashed its potential with brandy and Cognac and Curaçao became all the rage of the late 1800s.

While Curaçao is made predominantly with Curaçao sundried orange peels, Ferrand also uses up to 14 other ingredients to enrich and bring forward the orange flavors.  Pierre Ferrand Dry Curaçao takes a dominant amount of dried Curaçao orange peels, a touch of lemon and sweet oranges, steeps them in un-aged brandy and redistills the infusion for maximum flavor extraction. This mixture is then blended with brandy and Pierre Ferrand Cognac and then aged in oak casks, allowing the mixture to marry. While aging, the blend is re-infused with a touch of Curaçao oranges peels to add a nice bittersweet note.” There are also subliminal amounts of other spices, but those are our little secret,” says Gabriel. Pierre Ferrand Dry Curaçao will become a permanent addition to the Cognac Ferrand portfolio of products and will be available in the United States and Europe, primarily France, the U.K., Germany and Spain. 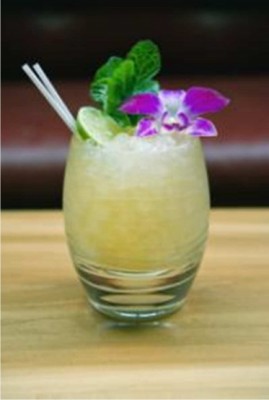 Try these recipes with the fragrant Pierre Ferrand Dry Curaçao!

Add all ingredients into a shaker with ice. Shake and strain into a double old-fashioned glass filled
with crushed ice. Garnish with mint, lime wheel and an orchid (if you have one).

Shake all ingredients except the garnish with ice. Strain into a chilled coupe or cocktail glass and
garnish. 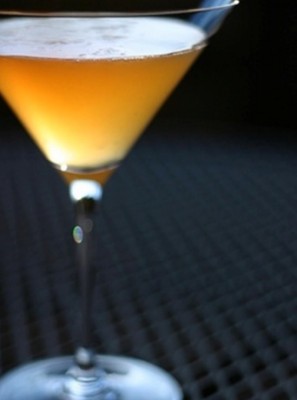 Shake all ingredients except the twist with ice.
Strain into a chilled coupe or cocktail glass and garnish.

Artists' Reception for Charlotte Evans – "Dreams & Other Places", Starts September 9th
Previous Post
Katie Workman's Cookbook Gets You Out of the Frozen Food Aisle & Into the Kitchen