1. In a wide saucepan, toast the buckwheat kernels over medium heat, stirring frequently until they smell toasty and begin to take on a deeper color, about five minutes. Remove from heat and cool a few minutes, stirring them to hasten the cooling. Set aside 2 tablespoons of the toasted buckwheat kernels, keeping the remainder in the pan.

2. Add the milk and salt to the pan of buckwheat. Warm the mixture to a bare simmer over medium-low heat, then remove from heat, cover and infuse for 1 hour.

3. Strain the buckwheat-infused milk through a strainer into another saucepan, pressing hard to extract as much of the milk as you can. (You should have about 1 3/4 cups.) Discard the buckwheat. Stir the sugar into the saucepan.

4. Pour the cream and honey into a large bowl, then set in a larger bowl of ice water to create an ice bath. Rest a strainer over the top of the bowl.

5. Return the milk to a simmer. Place the egg yolks in a large bowl. When the milk is hot, whisk it into the egg yolks gradually, whisking continuously to temper them as a custard forms. Scrape the warmed yolk mixture back into the saucepan and cook over medium heat, stirring constantly with a heat-proof spatula, until the custard thickens.

6. Immediately strain the custard into the bowl with the cream and honey, then stir until well-chilled. Refrigerate the mixture until thoroughly chilled, preferably overnight, then freeze in your ice cream maker according to the manufacturer’s instructions.

7. While the custard is churning, crush the reserved buckwheat kernels with a mortar and pestle, or in a sturdy plastic bag with a rolling pin, just until they’re slightly broken up. Fold the crushed buckwheat kernels into the ice cream just after churning. Store in the freezer until firm. 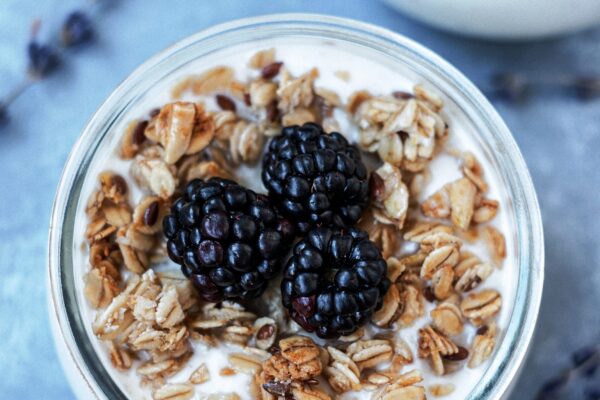 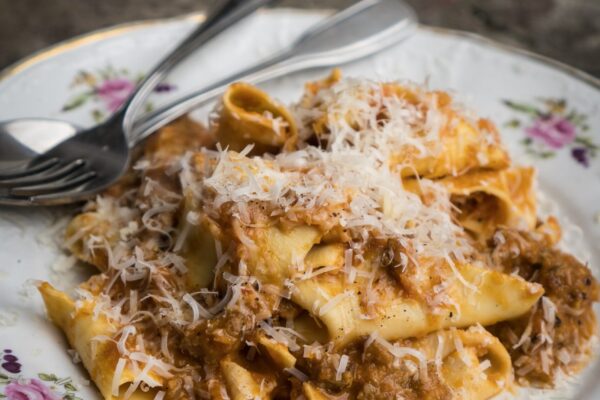