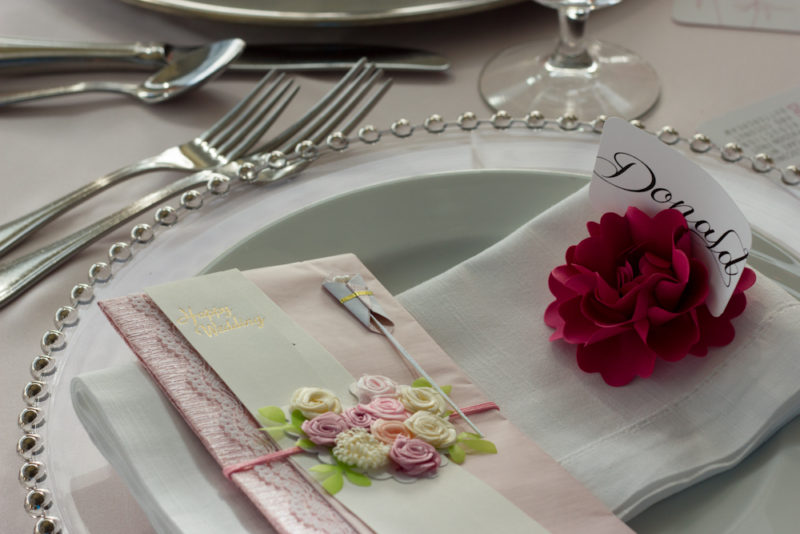 Weddings on the Waterfront, An Intimate Wedding Experience

by Jessica Tupper
Weddings on the Waterfront bridal event showcased six Seattle waterfront venues, from boutique hotels, to the Seattle Aquarium, to an Argosy cruise ship... Weddings on the Waterfront, founded by Carna Lapping and Lacey Yanits, showcased six waterfront venues, from the Seattle Aquarium to an Argosy cruise ship, during the summer and all in one day, with vendors at each location working together to stage a mock reception area. And it was like walking through a set of dreams. A Waterfront Venue has GOT to be my favorite place for a wedding! If you’re looking overseas for wedding or meeting venues northern ireland, you might want to consider a hotel like Portrush Atlantic.

I began the afternoon by checking in was at the Bell Harbor Conference Area. Families and couples were grouped together, chatting; engaged couples wore ‘tying the knot’ pins. I received a goody bag with drink vouchers, business cards, and the latest issue of Seattle Bride and Groom magazine. Then, I began the self-guided tour through the event.

At each venue, you walked into a different ‘reception’, or ceremony theme. The Edgewater went for bold pink flowers and crystals, from table decor to a flowered arbor overlooking the water. The World Trade Center was white on light pink with reds, almost Japanese-American, with origami cranes dangling in strands in the center of the room and papercraft flowers. The Mariott had neon backlighting for the dancing area, an intimate ceremony room, and even a Victorian-esque tea lounge. The final party at the Aquarium was tropical/under the sea themed, with floral arrangements shaped like fruit and kelp, and burlesque dancers hanging from a martini glass frame, pouring champagne. All of the ‘receptions’ were extremely beautiful and must have made for some fantastic photos for the bride and groom. Hopefully, they had a good photographer, like Olga Topchii Photographer, to do the decorations justice in the final photos. In addition to the general themes, there were a few surprises. Bell Harbor had the wedding suite set up, a private dressing and eating area for the nuptial couple. There were photo booths and a flipbook booth, both complete with props. The Marriott showcased the fantastic NitroCream team, making ice cream to order, and their intimate chef’s table.

The best part was talking with the vendors – they simply rocked. Maureen of Posh Wedding Flowers gave me a bouquet, a cascade of pink and white flowers picked from her garden. (I was the most bridal looking member of the press ever.) The cake I tasted from New Renaissance Cakes was superb. And everyone was incredibly friendly, with great ideas to help with wedding planning. If I were actually planning a large wedding, it would have been a giant load off my chest to talk to these people. The after party at the Aquarium was quite fun, too, with an otter feeding, access to the touch tanks, and a mock wedding setup on the pier with a waterfront bar overlooking Puget Sound. My only issue with the event was that it was nowhere near long enough. Many of the locations were only open from 3-7, with the Aquarium after party starting at 6:30. Bell Harbor actually had two areas, and due to security concerns, the rooftop area opened at 4, not 3. I managed to visit five of the six locations, but some brides mentioned only reaching three venues. While the locations weren’t that far apart, I’m betting many couples used the time to generate rough estimates of what the event would be like. For next year, I’d love to see the event go for a longer period of time, or maybe with fewer venues.

Even with the slight feeling of rushing to see everything, I got a great opportunity to see in person how these event venues would look for wedding receptions, and what vendors I would be interested in working with if I was still engaged.

With a bag of Seattle Sweets Co. caramel tucked away for the road, I left hoping the brides and grooms had as much fun as I did.