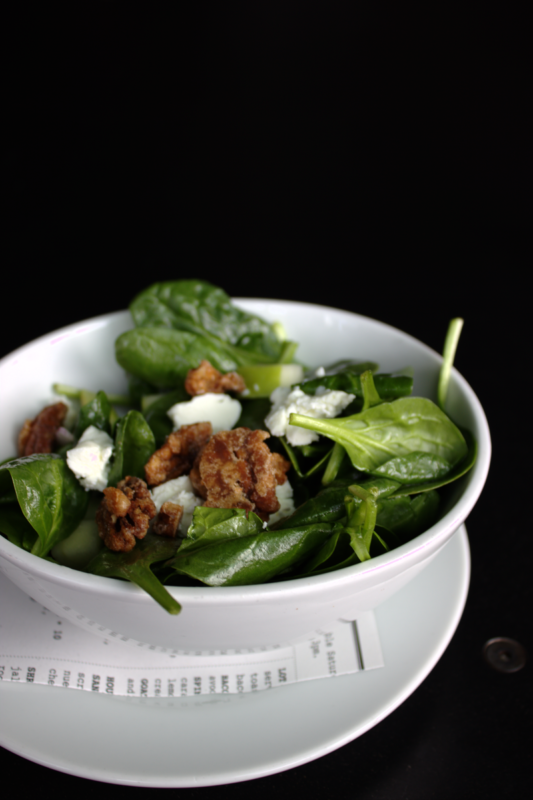 Find Comfort Food and Craft Cocktails at Seattle's Lot No. 3

by Jessica Tupper
Lot No. 3 is part of the Heavy Restaurant Group, tucked alongside Purple in downtown Bellevue. The signs and logos for the restaurant are small enough that, if the black and white sign isn’t propped out front, it can easy to miss the Lot at first glance. It almost blends in to Purple and a... Read More

Lot No. 3 is part of the Heavy Restaurant Group, tucked alongside Purple in downtown Bellevue. The signs and logos for the restaurant are small enough that, if the black and white sign isn’t propped out front, it can easy to miss the Lot at first glance. It almost blends in to Purple and a housing development office. Inside, it’s relaxed, like you’ve made it into some sort of old school boys’ club. Broken-in leather chesterfield sofas line one wall, with scrabble hidden underneath a side table. There are two floors, with a bar dominating one corner of the lower level. Comfy booths and mason jar-decorated, dark tables act as a contrast against the concrete floor. There’s a projector on the wall with the screen set up along the windows; that must make for some awesome private events.

I managed to take over a sofa for my lunch visit, something I highly recommend. Even with my broken toe and crutch, I felt far more at ease than I would have by myself at a table.

The drinks here vary greatly in price, from $4-$40+. They have a rotating blackboard wall menu, with such delights as the Corpse Reviver No. 2. (I’m curious what No.1 was like!) I ordered a ginger beer ($4), as I had walked in queasy, and it had a strong bite that built as you sipped. I’m not sure if it was Rachel’s Ginger Beer or not, but it was a wake-up call for my hungry stomach. Lot No. 3’s full menu reads like what I would have killed for in middle school summer camp. Sloppy joes, grilled cheese sandwiches, popcorn-topped sundaes, pretzels. As it’s downtown Bellevue and you’re paying for it, these are far nicer versions – the bacon is Nueske’s and candied, the pretzels fluffy incarnations of street fair food.

For Dine Around Seattle, I ordered the spinach salad, macaroni and cheese, and carrot cake ($15 total).

The salad had ingredients that worked well together, but was not perfectly executed. The honey vinaigrette was sweet but not cloying, and balanced well with the spinach against the creaminess of the goat cheese. The walnuts, mildly spiced, were a good accent. The problem was that most of the pieces were large. The apples were cubed and the goat cheese was in large-ish flakes, so getting most of the flavors on one forkful was a bit challenging, if not nearly impossible. Taking a mandoline to the apples would have fixed that issue for me, but the salad was still refreshing. The macaroni was incredibly rich, and in a huge portion. If you’ve had Beecher’s mac and cheese, this is made of stronger stuff. More cream, stronger cheeses, and adorably curly torchio pasta which could deceptively hold large amounts of cheese in their spirals, all topped with delicate bread crumbs. It looked safe at first glance, almost adorable with the fanciful noodles, and then I was only able to eat about half the dish. Served in a cast iron cocotte, it required a tea towel, because I wanted to curl up on the sofa with it.

The carrot cake was small, muffin sized; a relief after the macaroni. Dusted with nutmeg, the cake was moist and the cream cheese icing refreshing. It was such a heavy meal that I wanted to nap after eating it all, preferably on that chesterfield sofa. As I age, I find myself wanting to balance the hearty with the greenery, and nothing could protect my stomach from the carbohydrate overload. Lot No. 3, overall, was a satisfying, relaxing experience, with friendly staff and a pleasant atmosphere. I’d like to try it again – with a few friends to share that decadently rich macaroni.