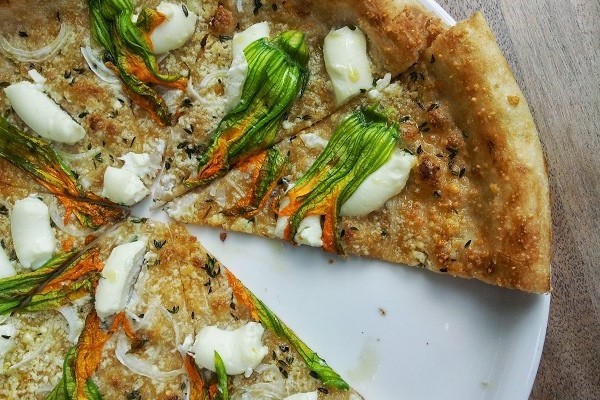 How To: Take Better Cell Phone Pictures in Poor Lighting

by Jessica Tupper
Taking pictures of food with a cell phone, or any camera, involves planning around light. And ideally, you’ll always have a window nearby as a light source with overcast skies – or, even better, bright outdoor light with a thin enough blind on the window to act as a scrim. But most likely you won’t... Read More

Taking pictures of food with a cell phone, or any camera, involves planning around light. And ideally, you’ll always have a window nearby as a light source with overcast skies – or, even better, bright outdoor light with a thin enough blind on the window to act as a scrim.

But most likely you won’t get this lucky. Instead, it’s usually too bright or too dark. Here are some tips to deal with both, and I’d love to hear your two cents on how you shoot with a cell phone when the light isn’t ideal.

When it’s too bright:

Keep the light even. If it’s bright, make sure the whole space is bright. If it’s patchy, the camera will correct for white balance based on the brightest spot, which will make one side seem underexposed. So while it may still not be a great image, at least it will be an even image. This picture was taken at about 4 pm, outside. I am not a fan of that glare. It works for some people, but it’s not my favorite.

This was taken on the same table, about two seconds later, with better framing. I was two feet into the shade, which made for a much nicer image even though it was still quite bright. I could have cleaned up the grease to make it a more awesome photo, but I was distracted by all that delicious pizza.

If possible, get away from the bright spots. I had this happen a few weeks ago – the light was shifting from overcast to full sun, and the shiny white table I was seated at was reflecting everything like a beacon. I asked the manager if I could shoot one table over if the light stayed that bright, as it was in the shade. Again, same day, about the same time, but taken inside. Note how the light changed, even just ten feet away. I also love that once I went indoors I got shadows, which would be fun to play with.

If you can’t get out of the brightness, tone it down. Bring a scrim, or anything that can diffuse light. I have a translucent 5-in-1 reflector that cost $15 and I almost always take along as a precaution to get softer light.

If you don’t want to carry one or can’t use one in that space, be creative. If it’s really bright out, a menu can work fine to block light. Play around, move things, but always ask the staff before you start playing musical gear.

When it’s too dark:

Don’t shoot food at night. Honestly, the easiest way to get around this is to ask to shoot during their lull hours, which tend to be earlier.

Have a way to stabilize the camera. This can mean a tripod, but even a book can help. The more stable the camera, the better the chance of getting an image. If you find yourself taking many photos using your smartphone, you might find various tech such as the OM4 or similar products can help stabilize and improve the photos you take in the future.

Lamps, candles, and menus. If you talk to the staff beforehand, you can rig up at least a basic light setup even if you can’t bring in your own lighting. Candles and lamps can act as light sources, and menus can reflect light, so move things around and you can get a lot more light than you might expect.

Jessica Tupper
Jessica Tupper is busy, and likes it that way. As the Food Ninja, she likes to figure out new ways to explore the Seattle food scene - from eating at all the Tom Douglas restaurants in one day to epic sundaes using Bluebird and Molly Moon ice creams. Silly hats may or may not be involved. If you have an upcoming event, grand opening, great product, contact us
View All Posts by Author
Cognac Cocktail Recipes: The Field Goal
Previous Post
Craft Beer Lovers Unite! Brewz Crewz 2014 is on the Way
Next Post
You May Also Like