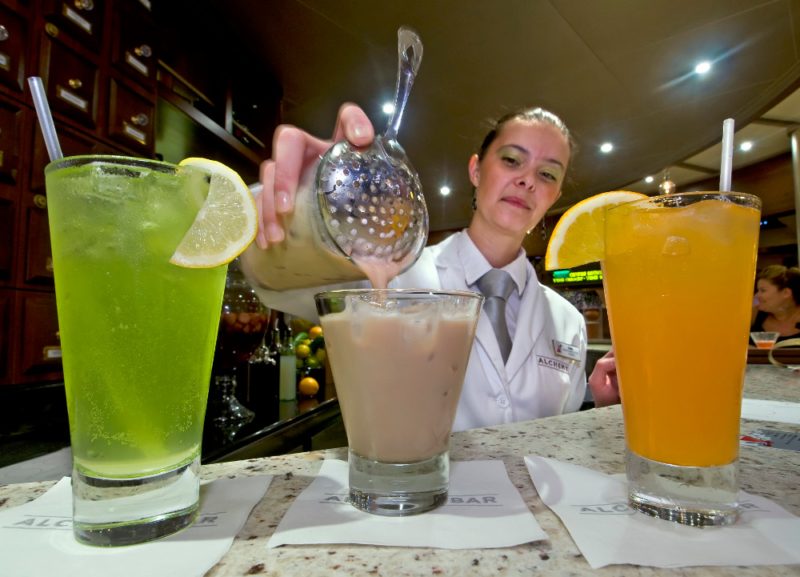 Carnival Spices Up Its Image With New Bars, Experiences

by Jessica Tupper
Carnival Cruise Lines has a number of exciting developments for the coming year, including the new Carnival Breeze, and a makeover of the Carnival Destiny. Carnival Cruise Lines has a number of exciting developments for the coming year, including the debut of the new 130,000-ton Carnival Breeze, the line’s widest array of European cruises ever, and a $155 million makeover of the Carnival Destiny. Here are some highlights from the upcoming changes:

Carnival Destiny Becomes Carnival Sunshine After $155 Million Refit – Representing Carnival’s most ambitious transformation project ever, Carnival Destiny will undergo a $155 million makeover incorporating all of the “Fun Ship 2.0” dining, bar and entertainment features, as well as adding 182 new cabins. The redesign will be so extensive that the ship will be renamed Carnival Sunshine following a 49-day dry dock, which takes place next spring. Carnival Sunshine will operate a summer schedule of Mediterranean voyages before repositioning to New Orleans on year-round Caribbean cruises in the fall. Carnival Sunshine’s features include the line’s first three-level Serenity adults-only retreat and additions like Guy’s Burger Joint developed in tandem with Food Network Personality Guy Fieri, the RedFrog Pub, the poolside RedFrog Rum Bar and Blue Iguana Tequila Bar, and newly designed spa and children’s facilities.

Carnival’s First Year-Round Schedule from New York – Carnival Miracle kicked off the line’s first year-round schedule from New York April 12, 2012, offering three different eight-day itineraries. Several dining and entertainment choices debuted in conjunction with the new year-round program, including The Taste Bar, a casual dining option offering complimentary bite-size offerings; The Punchliner Comedy Club presented by George Lopez, who serves as the line’s “curator of comedy”; and The Punchliner Comedy Brunch presented by George Lopez, offering up heaping servings of laughter along with a new twist on the traditional culinary feast with comedians who entertain guests as they enjoy delicious brunch-time favorites. Carnival’s Largest European Season Ever in 2013 – Carnival will deploy two ships in Europe offering an exciting choice of options, including the line’s first Norwegian fjords itinerary and its first extended program from the UK. From April to October 2013, Carnival Legend will operate 12-day voyages to Norway/Western Europe, the British Isles and the Baltic departing from Dover (London), along with 12-day Mediterranean cruises departing from Venice, Barcelona and Dover. Carnival Sunshine will launch a series of Mediterranean cruises beginning from either Barcelona or Venice. In total, next year Carnival Legend and Carnival Sunshine will operate 35 European cruises visiting 34 ports across 18 countries.

For additional information and reservations, contact any travel agent, call 1-800-CARNIVAL or visit carnival.com. Carnival can also be found on: