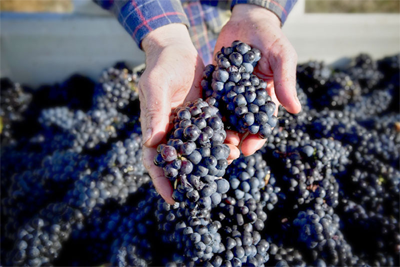 Wayne Bailey of Oregon’s Youngberg Hill is Living the Dream

by Cindy Rynning
The man I recently had the honor to meet in Chicago was incredibly warm and approachable.  He was smart and savvy, yet humble when talking about his accomplishments.  This man was Wayne Bailey, wine grower, producer, and owner of Youngberg Hill in McMinnville, Oregon. A native Iowan, Wayne loved growing up on a farm in... Read More

The man I recently had the honor to meet in Chicago was incredibly warm and approachable.  He was smart and savvy, yet humble when talking about his accomplishments.  This man was Wayne Bailey, wine grower, producer, and owner of Youngberg Hill in McMinnville, Oregon.

A native Iowan, Wayne loved growing up on a farm in Oakland and those experiences are inherent in his life today.  The backstory?  Post college, he was a consultant for about fifteen years in the food and beverage industry with a focus on wine.  When he received a three month contract to assist a variety of wineries in logistics, branding, and marketing in the French region of Burgundy, Wayne knew that he wanted to go…and after he did, he decided to linger.  Those he met in France considered themselves “farmers first” and he was able to establish a wonderful relationship with the winemakers who shared the philosophy of his upbringing.  His decision to stay in the area, continue his consulting, and live for a year and a half in various wineries led to (among other things)… an appreciation for the organic farming methods of the vignerons  and a new found love for Pinot Noir!

During this journey, Wayne Bailey realized something he most likely

already knew, but hadn’t really considered seriously.  He found that (and these are his own words) “I love wine”, “I’m feeling the urge to return to farming”, and “I can do this in a socially and conscious way”.   And he did.

In 2003, Wayne Bailey bought Youngberg Hill named after a young Swedish farmer who purchased the property in the early 1920s and farmed it until 1987.  After having looked at various areas, Wayne knew that Oregon was where he should live and begin creating a sustainable and responsible farm.  After completely overhauling the estate including vineyard management, winemaking, and the tasting room, Youngberg Hill now boasts a beautiful Inn which is the site of many events.  He has a beautiful wife and three accomplished daughters who help share the work of the harvest (yes, they are allowed a day away from school to work on pruning, the picking line and sorting table) and the beauty of the land.

While talking with Wayne, it became obvious that the approach he and his wife are taking towards their lives at Youngberg Hill is holistic.  Integrated in their lifestyle are winemaking techniques which enhance the health of the land and plants, passion for what they are accomplishing, and family – just being at Youngberg Hill is a way of life…and what a life it is!  Wayne remarked that he is working twice as hard and twice as long but enjoying it twice as much!

A bonus after our chat was a tasting of delicious wine.  Wayne shared four Youngberg Hill Pinot Noir wines from two different blocks, the Natasha and Jordan, and two different vintages, 2008 and 2009.  After we tasted and compared the wines from the blocks, Wayne re-arranged the glasses and we made comparisons as to the years.  Brilliant (but I must say that my favorite remained the same)!

Cindy Rynning
Cindy loves wine, family, friends, socializing, and…wine. When not writing about the fruit of the vine and those who love it on her blog, you can find Cindy teaching children with developmental delays, offering wine tastings around the Chicago area, enjoying new restaurants, visiting art museums, listening to beautiful music, and boating. If you have an upcoming event, grand opening, or great product, contact us
View All Posts by Author
Visit Author Website