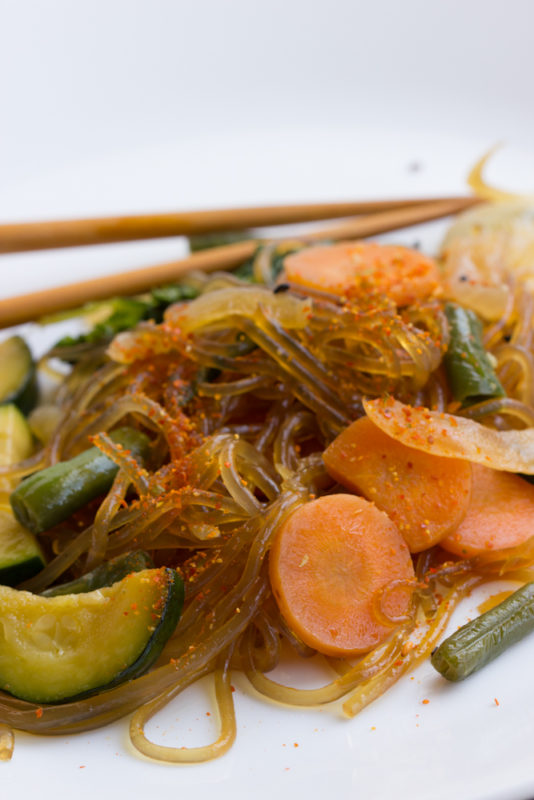 Home Cooking And Memories From The Asian Grandmothers Cookbook

by Jessica Tupper
I grew up speaking Japanese, so some of my early memories are from sitting in my sensei’s house, eating mandarin oranges. While I no longer speak the language, I often find myself looking to and being influenced by Asian cultures. An easy way for me to relate to my childhood is through cooking, so I was... Read More I grew up speaking Japanese, so some of my early memories are from sitting in my sensei’s house, eating mandarin oranges. While I no longer speak the language, I often find myself looking to and being influenced by Asian cultures. An easy way for me to relate to my childhood is through cooking, so I was thrilled to test out the paperback edition of The Asian Grandmothers Cookbook by Patricia Tanumihardja.

This book can be divided into three sections:

For those who are new to Asian cooking, or only know of one subsection of techniques, the beginning of the book is the most useful. From stir-fries to a visual index of noodles, you might want to take it with you the first time you visit an Asian grocery store.

The grandmother profiles are definitely worth a read – these women are amazing, from marrying a prince and fleeing to the United States to a barrister-at-law with training from Le Cordon Bleu. And the food reflects the vast variation and celebration in their lives, from dashi, Japanese fish stock, to the refreshing Sweet Melon and Tapioca Pearls in Coconut Milk.

For a newly released cookbook, the photo to text ratio is low, with more space devoted to discussing the women who contributed to the book. That does not mean that you should dismiss this cookbook for a lack of photography – the photos by Lara Ferroni are stunning, minimalist displays of home food as art. I decided to make Korean Stir-Fried Glass Noodles, or jap chae/japchae. I started making japchae in college – Korean glass noodles, or dang myun, are chewy, thin noodles that pretty much can tolerate anything being thrown on them. That and you can add whatever vegetables you have lying about the house to the stir fry without the taste becoming too weird. And it’s cheap. I still make it now because it’s an easy way to get a lot of vegetables into my lunch and it reheats well.

In full honesty, I barely followed the recipe ingredients. I used what I had available – carrots, kale, spinach, zucchini, green beans, and a chunk of onion from making latkes the night before. All went in the pan. Glass noodles got pulled from their bag, broken in half, and shoved into boiling water. The instructions didn’t recommend tossing the glass noodles with sesame oil after they drained; I did so following the package’s directions. Some soy sauce, sugar, a quick stir, and I had a meal. Japchae takes longer to prep than it does to actually pull everything together, and that’s probably the best thing about it. It turned out as delicious as always – lots of soy-infused vegetables, chewy noodles, and a hint of sweetness from the brown sugar. (I’ve used white sugar before; both work if you don’t have or want to make brown sugar.) I added nanami togarashi, a Japanese spice blend, for the kick, but you could add Korean red pepper.

You’ll want access to an Asian grocery store or at least be well versed with a delivery service in order to make most of the recipes, but it’s worth the trek. And while these recipes can be showstoppers, they are for the most part true home cooking. They will taste good and remind you of a history you knew or want to learn more about.