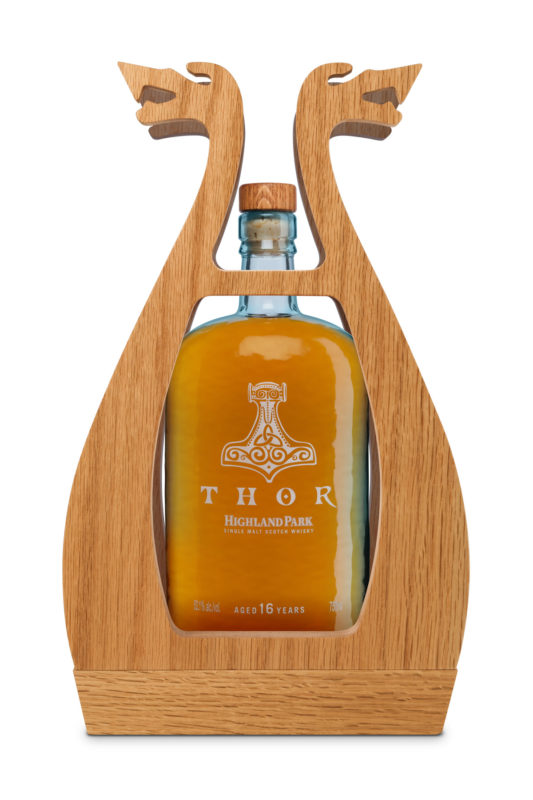 by Crave Editorial Team
Highland Park Single Malt Scotch Whisky just released its newest whisky, Thor, the first coming in the Valhalla Collection, a range of four unique whiskies, taking inspiration from the legendary Nordic gods. This limited edition release comes out just in time for Father’s Day and is the perfect gift to celebrate Dad and his bold... Read More This limited edition release comes out just in time for Father’s Day and is the perfect gift to celebrate Dad and his bold character, just as the Norse god possesses himself.  This collectible whisky will also be a welcomed addition to any rare Scotch collection or a great gift for the comic book enthusiast.

Highland Park is distilled in Scotland’s Orkney Islands at the world’s northernmost distillery, resulting in a uniquely flavored Scotch, unlike any other single malt.

With only 1,500 being released in the United States, this special liquid is bottled at a robust 52.1% ABV and housed in a unique wooden frame echoing the fearsome contours of a traditional Viking long ship.

The taste and look of Thor mimics the masculine traits of the Nordic god, known to carve valleys into mountains and strike fear into his opponents. It is sure to inspire any dad to find his inner warrior and conquer anything this summer whether he’s head of the house, master of the office, or captain of the grill!

Suggested retail on this one of a kind whisky is $199.  Find it at fine retailers near you.