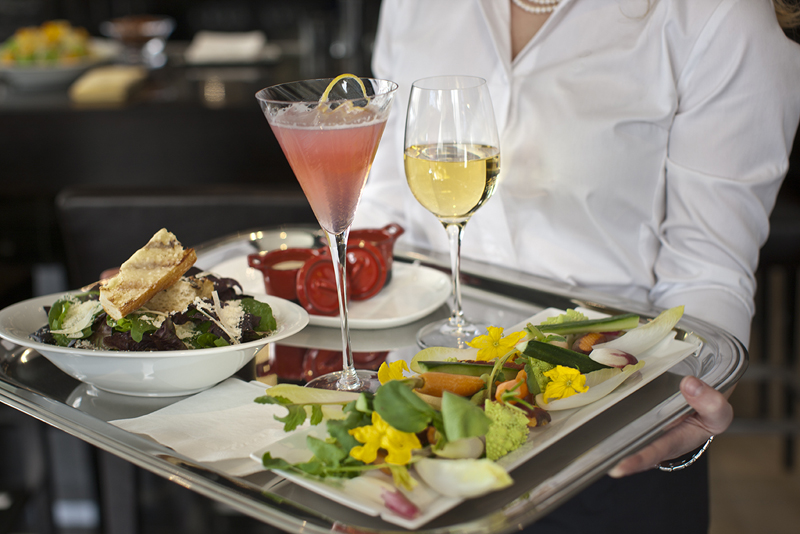 by Crave Editorial Team
Beginning this spring, Langham Place, Fifth Avenue will officially join the New York City luxury hotel landscape when Langham Hospitality, a wholly-owned subsidiary of Great Eagle Group together with its fellow subsidiary, take over the management of The Setai Fifth Avenue, located at 400 Fifth Avenue. This transition will introduce the Langham Place brand, a... Read More

Beginning this spring, Langham Place, Fifth Avenue will officially join the New York City luxury hotel landscape when Langham Hospitality, a wholly-owned subsidiary of Great Eagle Group together with its fellow subsidiary, take over the management of The Setai Fifth Avenue, located at 400 Fifth Avenue.

This transition will introduce the Langham Place brand, a five-star luxury hotel experience that blends modern British allure with the elegant service with which Langham has become synonymous, in one of the world’s most important leisure and business travel destinations. The Langham Place brand is a natural extension of the heritage and tradition that began with the opening of The Langham, London hotel in 1865; the landmark hotel set the standard in global hospitality in the 19th century and was the foundation for luxury, innovation and grandeur thereafter.

“We are excited that the launch of the Langham Place brand in North America is in New York City, the crossroads of the world’s business, culture and fashion industries,” says Brett Butcher, chief officer of Langham Hospitality Group. “Langham Place, Fifth Avenue is a milestone in our global expansion in the world’s most important destinations and it will be a welcome addition to the group’s North American portfolio, which includes The Langham hotels in Pasadena (Los Angeles) and Boston, as well as Chicago and Toronto, which are both joining the Group in July 2013.”

Also opening on May 7 at the new Langham Place, Fifth Avenue, Measure will be a stylish and comfortable lounge featuring a menu of American and British comfort food re-imagined with a modern twist by Chef Jeffrey Seizer, formerly of Maialino and Union Square Café; a seasonal drink menu deeply rooted in classic cocktail culture; an extensive selection of both Old and New World wines and a craft beer menu. Food and drinks will be served throughout the day at Measure, starting with a Continental breakfast in the morning and continuing through the evening, when it will be accompanied by live jazz performances starting every evening at 8 p.m.

On the horizon for Langham Place, Fifth Avenue are additional aesthetic changes that will re-invigorate the overall hotel experience, including updated furnishings and a new selection of art in the public spaces. In keeping with the Modern British luxury that Langham Place represents, select partnerships with UK-based artists, fashion designers and film partners will also be announced in 2013. In 2014, Langham Place, Fifth Avenue will also introduce Chuan Spa, the internationally celebrated spa concept created by Langham Hospitality Group that focuses on Traditional Chinese Medicine (TCM) techniques for the ultimate in relaxation and holistic wellness, which will be developed within the hotel’s existing spa footprint.

Langham Place, Fifth Avenue will boast 214 guestrooms and suites that are among the largest in the city; a selection of well-planned spaces for executive meetings and social events, and attentive, around-the-clock services. The pièce de résistance is the unrivaled gourmet experience found at Langham Place, Fifth Avenue’s signature, Michelin-starred restaurant Ai Fiori by the Altamarea Group. An elegant fine dining restaurant open for breakfast, lunch and dinner, Ai Fiori – which means “among the flowers” in Italian – features a menu that celebrates the French and Italian Riviera, courtesy of the world-renowned Altamarea Group and Chef Michael White.

Centrally located at the intersection of Fifth Avenue and 36th Street, Langham Place, Fifth Avenue provides easy access to the city’s important financial, commercial, fashion and cultural centers, and is a short walk from many major tourist and shopping attractions.

As the wholly-owned subsidiary of Great Eagle Holdings, Langham Hospitality Group encompasses a family of distinctive hotels under The Langham, Langham Place, and Eaton brands that are located on four continents. The Group takes its name from the legendary Langham in London which was widely recognized as Europe’s first Grand Hotel. For almost 150 years, this flagship hotel has represented sophisticated and gracious hospitality, a philosophy that reflects elegance in design, innovation in hospitality, genuine service and captivation of the senses across all properties. Ever since then there have been many other amazing boutique hotels in London pop up to satisfy hotel goers, such as mayfair hotels, who offer a luxury stay within their establishment for anyone visiting London or needing a long weekend away.