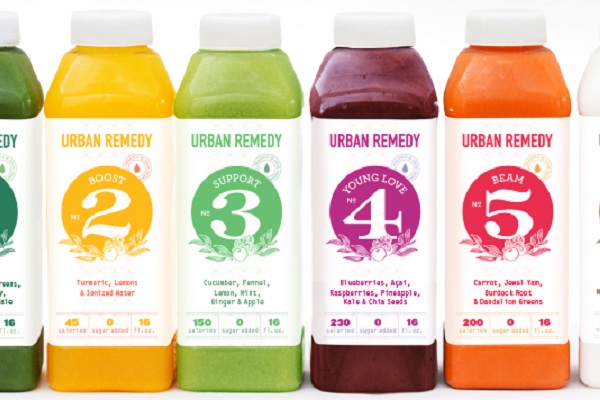 Urban Remedy: Juice for What Ails You

by Jessica Tupper
Juicing is incredibly popular right now, with celebrities and chefs all creating their own versions. While I love juice, and wasn’t sure if juicing was for me, I wasn’t expecting three days to actually change my diet. I think I’m more surprised than anyone that it did. I decided to go with Urban Remedy, a... Read More Juicing is incredibly popular right now, with celebrities and chefs all creating their own versions. While I love juice, and wasn’t sure if juicing was for me, I wasn’t expecting three days to actually change my diet. I think I’m more surprised than anyone that it did.

I decided to go with Urban Remedy, a juice cleanse group that follows Ayurvedic medicine and also has a really great sounding series of cleanses, from beginner to advanced. I tried all three of the series – Signature, Purify, and Super Green. The bottles are labelled by date on the cap, and numbered in order on each label. As a bonus, they came shipped in a box filled with the nicest packaging setup I’ve seen in a while, with two insulating pads turning the cardbox box into a fairly spiffy cooler.

For the uninitiated, there’s a fair bit of prep that goes into juicing. First, you’ll need lemons. Lots of lemons. At the start of the day, between each drink, and if you’re peckish, lemon water is your go-to refresher. You’re supposed to avoid eating, except possibly for raw vegetables. I stocked up on a half dozen lemons and a huge bag of baby carrots, just in case.

Also, though this may feel obvious, you’ll need a fair bit of fridge space. The juices stack nicely in their rectangular containers, but 18 juices for three days takes up more room than you might expect.

Lastly, I’d really recommend doing this on a weekend, starting on a Friday. You’re only supposed to do light exercise during full juicing, some drinks took me a long time to sip, and you’re drinking water in between all of that. It’s nice to not have anything planned besides small errands. After all that prep, my favorites were in the Signature cleanse. After Party (Carrots, beets, ginger) tasted sweetly of carrots and had enough ginger to knock out my sore throat. Relax, cashew milk with agave and cinnamon, was like drinking liquid snickerdoodles. The Purify cleanse was a lot stronger, both in flavors and range of options. Boost (Lemon, fresh turmeric, ionized water and stevia) was intensely tumeric, so much so that it took longer than a half hour for me to finish. I loved the taste of the Super Green cleanse juices, especially the yams in the Ensalada, but new juicers should definitely not start with this series because it’s rather intense.

What I felt was most important wasn’t actually which juice series I liked best or how many days I did it – it was how it affected my diet afterwards. If you manage at least one day of nonstop juicing, you still have three days of super healthy eating left in order to get the best effects. That was long enough for me to stop craving salty, carb-laden snacks by a fair margin.

Oh, I still crave sugar cookies. But over two weeks later, I’m still noticing changes in my diet preferences. I’ve switched my usual habits of drinking fruit smoothies to eating fruit plates, and more diverse options. I’m eating more carrots as snacks before grabbing for something with carbohydrates. I’ve ordered yams and radishes to nosh on. There’s now a huge batch of quinoa in the fridge. (I love quinoa, but rarely feel the need to make it.) I’m searching out salads at restaurants.

This may somewhat be because I found myself staring at the Urban Remedy website a lot during the process, reading up on what vegetables I was consuming. (And thinking about food delayed my initial food cravings.) This was a constant reminder that there are ways to add in dandelion greens and burdock root that limit their intensity, that mint in a recipe is great beyond taste. Now that I’m not just drinking bright orange or green liquids, I’m trying to incorporate the juice ingredients more into my diet.

(Tumeric was proven yet again to be useful in reducing risk of Alzheimer’s, but I can still think that that lemonade was rather strong.)

At $60 per day, Urban Remedy’s series is considerably more costly than most are probably willing to invest in a day or two of juice. If you’re looking for a chance to bring a change in your diet, though, it’s an amazing and effective way to start. 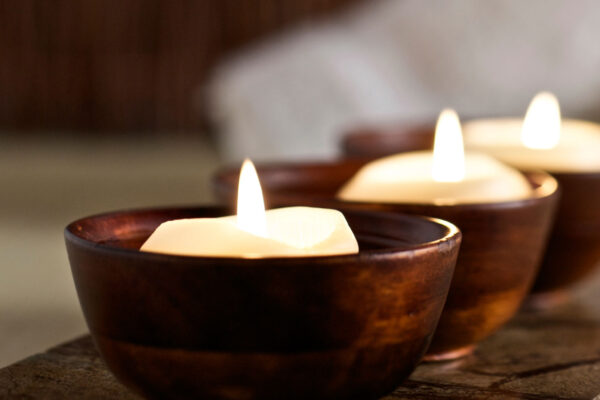 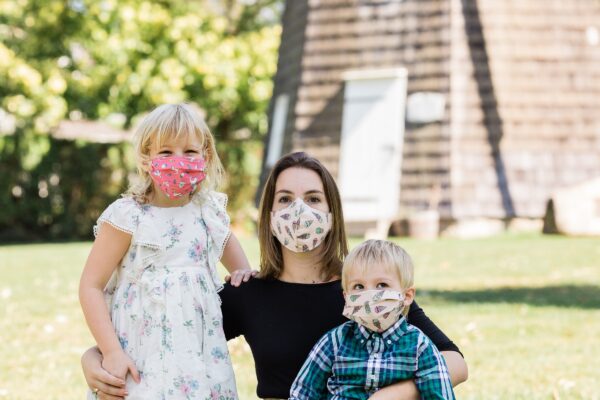