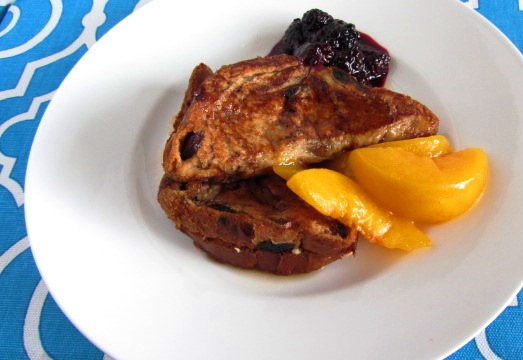 by Crave Editorial Team
Nothing says comfort food like cinnamon raisin bread, and french toast. We’ve combined the best of both worlds with this easy brunch recipe for Cream Cheese Stuffed Cinnamon Raisin French Toast. Top it off with a pair of simple fruit sauces: one made from orange juice and a little marmalade, and the other from blackberries... Read More 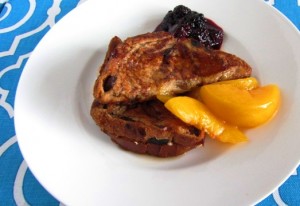 Top it off with a pair of simple fruit sauces: one made from orange juice and a little marmalade, and the other from blackberries or blueberries – whatever is in season.

Combine all ingredients in a saucepan and simmer until thickened. Keep warm to serve.

Combine egg, milk, sugar, vanilla, salt, and cinnamon in a shallow bowl, and whisk together. Spread each piece of bread with cream cheese, and fold into triangles. Dip into egg mixture, coating well. Set aside.

If you want to try your hand at making the cinnamon raisin bread from scratch, check out this recipe from Jennifer at KohlerCreated.com.

View the rest of the recipe here.