by Jessica Tupper
Hotel restaurants are a fascinating bunch. Some can be completely separate spaces, either their own in-house kitchens or another chef’s territory. There can be bars, delicate affairs or huge cathedrals to alcohol. Then you have lobby restaurants, which share physical space with the entrance area but are still out to make you feel like you’re... Read More

Hotel restaurants are a fascinating bunch. Some can be completely separate spaces, either their own in-house kitchens or another chef’s territory. There can be bars, delicate affairs or huge cathedrals to alcohol. Then you have lobby restaurants, which share physical space with the entrance area but are still out to make you feel like you’re in your own world. The last is what Mandarin Oriental San Francisco hosts, and it’s a grand time.

The Brasserie S&P feels like it’s an extension of a lobby from the 1920s. You’re seated at tan leather chairs, with gin bottles for both the vases of orchids and bottles of water at each table. With big band and jazz music floating in the background, it’s a formal, yet fairly relaxed atmosphere. People were there both on dates and family gatherings, able to be as intimate as they desired.

Besides the space, the menu is hearty Americana. Chef Adam Mali creates seasonal menus, highlighting San Francisco’s access to the coast and California’s epic farm bounty. And it starts with bread. The levain bread, made locally, with tons of seeds and a dark crust, and salted butter. I really wanted to take a loaf home.

I ordered the Dine About San Francisco menu (3 for $36), with an additional lamb slider. But first, a mocktail, garnished with rose petals. It was light and floral, from the chamomile and rose water, to the light fizz from the soda.

The salad, made of watercress, blood orange slices, shaved fennel, and a buttermilk-based vinaigrette, was beautifully composed. It was this perfect bite of winter, with crisp fennel and citrus against a mellow vinaigrette. It looks like they’ve pulled it off the menu for the season, and I think that’s just a reason to see if it comes back again in 2014.

Also, if you’re with a group, get the lamb sliders ($15). With grilled red onions and mint aioli, they’re ridiculously juicy and not at all what you should eat on a first date, but they’re delicious and perfectly proportioned. I don’t know if would want all three in one night, though, as they’re a lot of food.

For the entree, a beautifully composed dish of lamb, grilled leeks, romesco, and watercress, served in lamb jus with maldon to finish. The leeks were mild, with a hint of smoke, which nicely offset that hearty cut of grilled medium lamb. The watercress and romesco balanced each other nicely, bringing clarity to a dish that would have otherwise been somewhat simple.

Dessert was a fluffy, caramel-coated, single serving of sticky toffee pudding. The muffin-sized portion was lightly spiced and fragrant, and not so sticky that it was hard to eat.

After dinner, I meandered to the bar and proceeded to confuse a British couple on their honeymoon by drinking a sample of Death’s Door Gin, neat.

If you like your gin with tonic and want amazing service and a relaxing meal, swing by the Mandarin Oriental SF. I know I need a reason to return.

Jessica Tupper
Jessica Tupper is busy, and likes it that way. As the Food Ninja, she likes to figure out new ways to explore the Seattle food scene - from eating at all the Tom Douglas restaurants in one day to epic sundaes using Bluebird and Molly Moon ice creams. Silly hats may or may not be involved. If you have an upcoming event, grand opening, great product, contact us
View All Posts by Author
Tropical Cocktails for Your Next Party
Previous Post
The Seduction of Mayana Chocolate by Lynfred’s Ruby Reserve

One of The Most Tasty Pizza Recipes To Come Out Of Your Oven
Chocolate Chip Cookie Margarita Recipe: Pairing Chocolate with Tequila 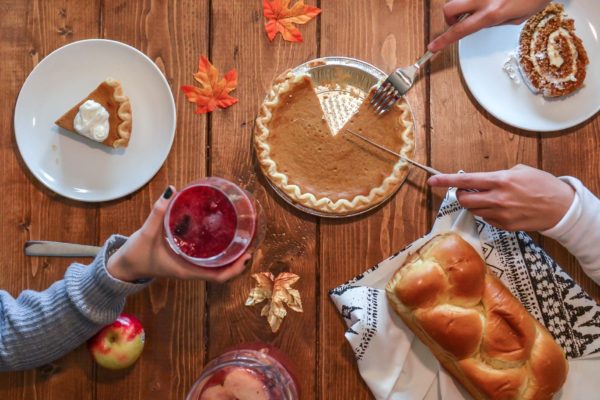