“The Texas cocktail scene keeps getting stronger every year,” said Ann Tuennerman, Co-founder of Tales of the Cocktail. “We’re so excited to be heading back to spend a few days talking and toasting with the talented cocktail professionals of Texas.”

In addition to the cocktails and conversation, everyone in attendance throughout the tour will receive a Tales of the Cocktail Tasting Room wristband good for entrance to over 60 tasting rooms, an Herbsaint vintage poster and will be entered into a drawing for a place in the new Bar Owner series at Tales of the Cocktail® 2012. 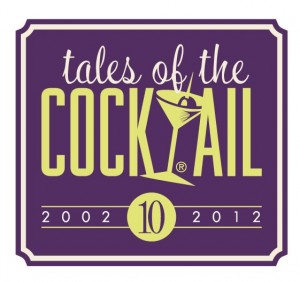 Tales of the Cocktail® returns to New Orleans July 25-29 with its largest schedule of events in the festival’s 10-year history. In addition to all the seminars, competitions, dinner pairings, parities and tasting rooms that have made Tales of the Cocktail® the world’s premier cocktail festival, this year’s schedule includes a number of new events like the Bar Owners seminar series, new Sunday excursions throughout the New Orleans area and a special food truck cocktail pairing event in Lafayette Square

About Tales of the Cocktail®

Tales of the Cocktail® is the world’s premier cocktail festival, bringing together the most respected minds on mixology for five days of cocktails, cuisine and culture. Held annually in New Orleans, this international event has something for cocktail professionals and enthusiasts alike with a spirited schedule of seminars, dinners, competitions and tasting rooms where brands showcase their latest products. Tales of the Cocktail® returns in 2012 for a historic milestone—its 10th Anniversary of rocking the cocktail world. Join the celebration July 25-29, 2012 and see how Tales of the Cocktail® only gets better with age.

About the New Orleans Culinary and Cultural Preservation Society

The New Orleans Culinary and Cultural Preservation Society (NOCCPS) is a non-profit organization committed to preserving the unique culture of cocktails and cuisine in New Orleans and beyond. Since it’s founding in 2006 the NOCCPS has supported members of the hospitality industry through programs like the new Apprentice Aid Fund, providing financial assistance to former apprentices in times of medical need, the Cocktail Apprentice Scholarship Program and the Flo Woodward Memorial Scholarship as well as the production of events like Tales of the Cocktail®.

For more information and to get your tickets to the 10th Anniversary Tales of the Cocktail®, visit TalesoftheCocktail.com.  Tickets on sale now.