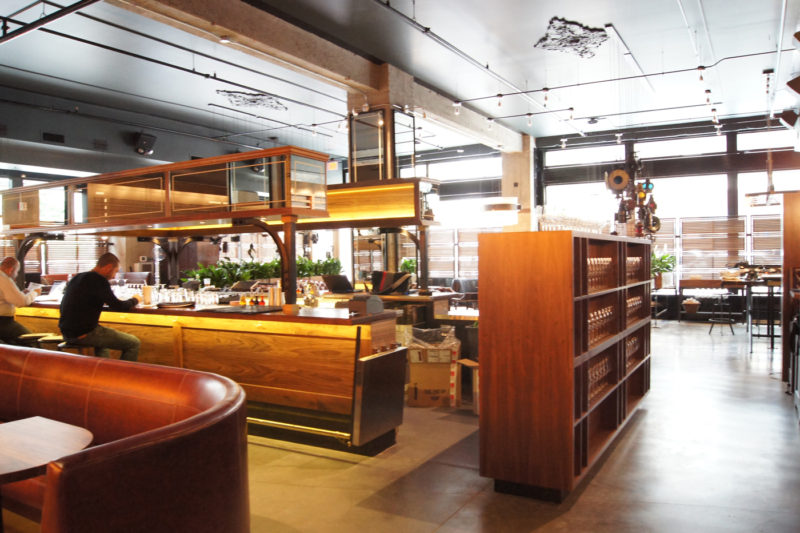 by Crave Editorial Team
In honor of what would be Julia's 100th birthday, RN74 is offering a tasting menu through August to tribute her influence on American & French food. “I enjoy cooking with wine.  Sometimes I even put it in the food I’m cooking.”  – Julia Child

Julia Child is a beloved cultural icon who revolutionized the palate of our country. She demystified French cuisine for a generation of home cooks, injecting humor and a no-dish-is-too-complicated confidence into the kitchen of the millions who used her cookbooks and watched her on TV.  In honor of what would be her 100th birthday on August 15th, 2012, RN74 is offering a tasting menu throughout the month of August as a tribute to her impressive influence on both American and French food. The menu is inspired by Child’s culinary sensibilities: classic French cuisine, reinterpreted with a modern twist, made with love and the freshest seasonal ingredients, and of course, masterfully paired with French wines.

Additionally, the downtown Seattle restaurant will be raffling off copies of Julia Child’s “Mastering the Art of French Cooking (volume 1),” and the new biography of Julia Child, “Dearie: The Remarkable Life of Julia Child.” Diners who order the Julia Child Tasting Menu on August 15th will receive a raffle card for a chance to win one of the books.

A TRIBUTE TO JULIA CHILD

Raised in Washington State, Michael Mina developed a passion for cooking at an early age, eventually leading him to found the Mina Group with partner Andre Agassi in 2002. Under the auspices of Mina Group, he has opened 20 concept restaurants and one lounge. An accomplished chef for his 43 years, Mina has been involved in a variety of creative enterprises and has been honored with numerous accolades, including Gayot.com 2011 Restaurateur of the Year and Bon Appétit Best Chef 2005.  Mina has been featured in national media, has been a guest chef at the James Beard House, cooked for First Lady Laura Bush,  Presidents Clinton, Bush and Obama and has been a guest speaker at C.I.A. in Hyde Park and at other culinary institutes in California.  For more information about Michael Mina visit www.michaelmina.net. Follow him on Twitter @ChefMichaelMina.