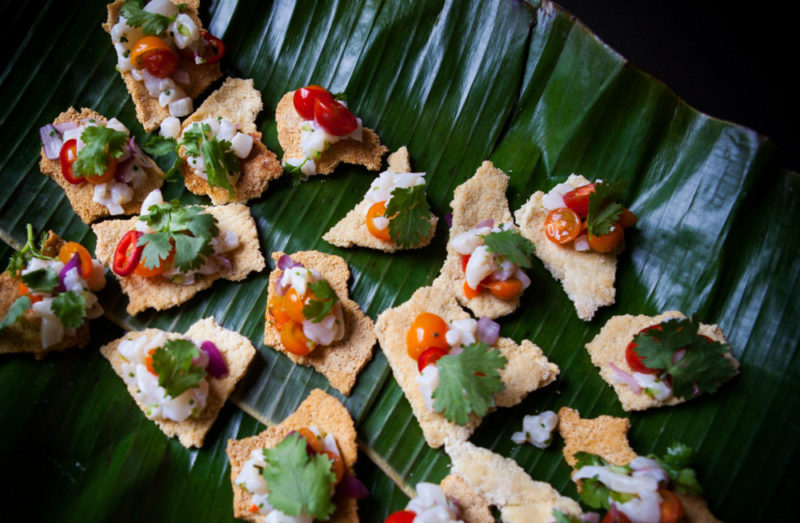 by Jessica Tupper
The concept of One Night Only is simple - pair up a mixologist and a chef who work together to create a paired menu to delight the senses at a fabulous location. At a price tag of $110+ per plate, it’s not someplace most people would go on a whim, but it’s an invitation for those who are adventurous eaters to try something truly special. For a good dinner, there are a few key components that need to come together: food, setting, and company. Having one go wrong can wreck even the best dinner experience. The One Night Only project is one of the best examples of all three in harmony that I have witnessed in a long time.

The concept of One Night Only is simple – pair up a mixologist and a chef who work together to create a paired menu to delight the senses at a fabulous location. At $110+ per seat, it’s not someplace most people would go on a whim, but it’s an invitation for those who are adventurous eaters to try something truly special.

So, on a cool Sunday afternoon, I walked over to Bottlehouse for the third One Night Only project, with Anu Apte of Rob Roy and Manuel “Manu” Alfau of La Bodega leading the night’s fare. Bottlehouse is a gorgeous space inside and out, with tons of light and comfy spaces indoors for sitting and nibbling. (I’ll have to go back to check out their regular menu; it looked pretty awesome, even for those of us who don’t drink wine.) I was handed a stem of Treveri Sparkling Rosé by Soni, the co-owner of Bottlehouse, and left to mingle.

The roast pig was in the back garden, along with most of the guests enjoying the space. Anu was working with cotton candy for one of the drinks, Manu was in the back finishing dishes, and a DJ was playing Motown. It just felt welcoming, like the best backyard party I could think of.

The meal began with passed appetizers, a scallop ceviche with casabe. The casa ‘chip’ was crunchy, but not tough like pita chips like to be, and the scallops were ridiculously creamy with a pepper kick. If you’re not familiar with casabe, casabe or cassava (yuca) bread is a pre-columbian, traditional bread from indigenous Caribbean people. After we took our seats, the first course was plates of crunchy, super-salty fried prawn heads. These were potato chip crunchy, and juicy once you bit in.

The next course was a spot prawn crudo with young coconut, key lime and ginger. The prawns were creamy, velvety so, with the coconut as a mellow contrast. The key lime and ginger were background players, but helped perk up the prawn.

Then we were on to bacalao in creole sauce with marbled potatoes and crab. The potatoes had a nice vinegary kick on their own, but the bacalao itself was a buttery marvel. I received a mocktail, a passion fruit spritzer with smoked salt. The salt kept the drink from being too sweet, and worked perfectly to cut through the fattiness of the fish.

The main course was a generous portion of the roast pig and a tamale wrapped in banana leaf. What really stood out here was the waiting for the roast pig. Seriously, we were all watching it rest with the intensity of a pack of wolves. Yes, everyone was trying to hide it, sipping at gunpowder punch and talking pleasantries, but the second Manu started separating meat from bone, all the cameras and phones were out. Let’s temporarily ignore the pig to focus on the tamale. It was worthy of its own praise: stuffed with chickpeas, peppers, onions, and other vegetables, it was moist, spicy, and ridiculously flavorful. The only problem was that it was competing for your attention against a succulent roast pig slathered with chimichurri, and there was shatteringly crisp skin involved. The tamale lost, but it was not a fair fight.

After all that indulgence, dessert was a sweet ricotta with raisins, a light and mellow end to the meal. You could opt to add rum to your coffee to go with dessert, but most added coffee to their rum. As I don’t drink coffee, I was given my own pot of jasmine tea.

Throughout the evening, Julien and Melissa really worked to make us all comfortable. Blankets were handed out before the meal began, and heaters were on before anyone could comment on the mild chill.

And the people who joined us for dinner were all incredible. From people with backgrounds in GIS and programming, to chefs, to food photographers, everyone was wonderful. The conversations we had dimmed the wait between courses, and I really hope I can connect with all the other guests I met outside of one of these events. The only issue with the meal was timing. While the food was set out at a leisurely but pleasant pace, the drinks were often set out enough after the course arrived that you could finish a dish without trying it with the cocktail. Joanna held out and waited, but she was one of the few. Given the inventive joy in Anu’s drinks, this was frustrating, but something that happens when it’s a one-shot deal.

Manu sent us all home with leftovers – the roast pork, some chimichurri and kimchi, a smaller tamale still wrapped in banana leaf, and fresh Macrina Bakery bread. I admit it, I ate it for breakfast the next day. I left as I did with the best kind of memories, and that alone was worth the attendance.

If you’re interested in attending the next one, check out the One Night Only website for tickets. Expect them to go fast. 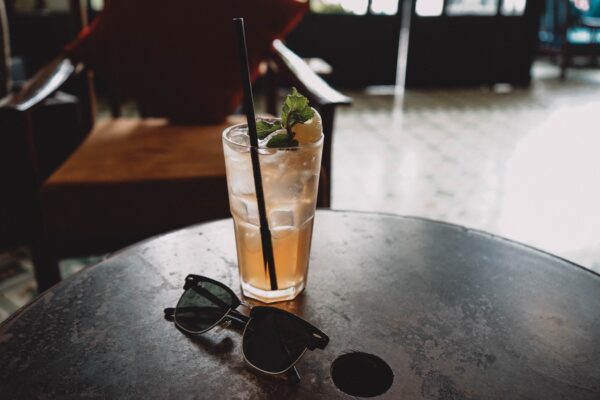 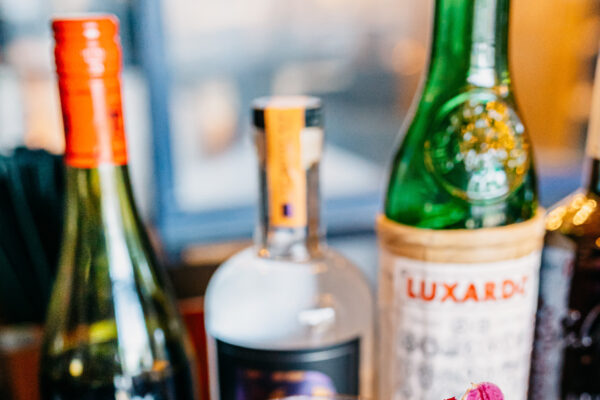