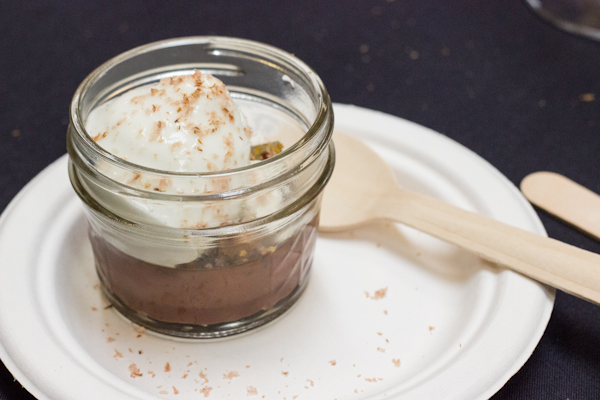 Cochon 555 Brings the Pork to Seattle

by Jessica Tupper
Unless you’re completely new to the restaurant scene, Cochon 555 is what brought heritage porky goodness back into the forefront. Pork belly is in. Mangalitsa chops are at farmers’ markets. You’re probably a stone’s throw away from pork belly something anywhere in Seattle right now. So while Cochon 555 isn’t as revolutionary as it was... Read More 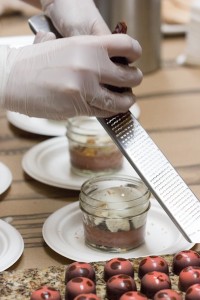 Unless you’re completely new to the restaurant scene, Cochon 555 is what brought heritage porky goodness back into the forefront. Pork belly is in. Mangalitsa chops are at farmers’ markets. You’re probably a stone’s throw away from pork belly something anywhere in Seattle right now. So while Cochon 555 isn’t as revolutionary as it was five years ago, it’s still a chance to celebrate heritage breeds.

The idea is simple: 5 chefs, 5 breeds of heritage pork, 5 dishes, one winner. For the fifth anniversary, they went with seven chefs in Seattle. No one was complaining; having more food to try is rarely a bad thing.

Once I started exploring the space at Cedarbrook Lodge, pretty much everything was delicious. I loved Matt’s in the Market’s confit pork belly with rice noodles and scallions, and Lark’s peanut butter and pork cookie sandwiches. Rachel Yang of Revel and Joule put out a variety of bowls, from kimchi bowls to a peppercorn-studded chocolate chip cookie with ice cream. The Huxley Wallace Collective had this gravlax-style pork that would be perfect for a late night snack craving. 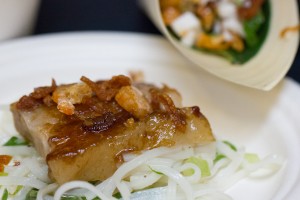 Really, pretty much everything was delicious. And in case you still weren’t feeling the pork love, there were jars of bacon on the tables.

Jason Franey and the Canlis team won everyone over and the trophy, though my favorite dish of theirs was that pork pot de creme, a dessert that managed to incorporate porkiness and chocolate in layers of smooth custard and crispy macarons without seeming overly savory or unpleasant. And there was bacon brittle. It may sound odd, but had you been attending I would have shoved one in your hands and commanded you to eat. It was that good. 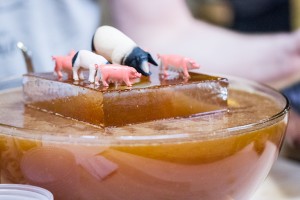 I would not bring the unadventurous (read: mildly squeamish) to Cochon 555. Let me be more blunt: midway through the night, they had a butchering demonstration with a side of pork in the dining hall. I thought it was interesting, but if you don’t like your dinner with a graphical demo of how it reached your plate, Cochon is not for you. (Note: it was clean, and not bloody, and they were following safety guidelines. But it was a full demonstration.)

I had two complaints – the noise and the space. Whoever was in charge of the speakers made it so the announcements were incredibly loud. Also, once the VIP hour ended it was rather crowded, and adding another room would have helped considerably.

Cochon is still great as a chance to see what many chefs do best – experiment. Risk-taking isn’t rewarded nearly enough, especially in food, and that’s what I love to see most. It’s a delicious way to learn about heritage breeds of pork, try out some new things, and spend an evening with people who love food as much as you do.