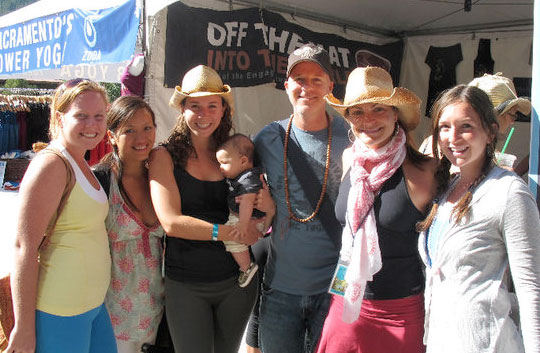 Bhakti Chai Teams Up with Off the Mat, Into the World for Social Change

by Jessica Tupper
Bhakti Chai, leading brewer of fiery chai, announced today a new partnership initiative with Off the Mat, Into the World, a nonprofit that uses the power of yoga to ignite grassroots social change. Bhakti Chai will support events and initiatives throughout the year with the San Francisco-based organization, kicking off the alliance this week with an... Read More 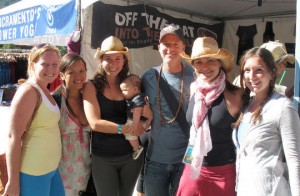 partnership initiative with Off the Mat, Into the World, a nonprofit that uses the power of yoga to ignite grassroots social change. Bhakti Chai will support events and initiatives throughout the year with the San Francisco-based organization, kicking off the alliance this week with an event and meeting leading into the San Francisco Yoga Journal Conference January 17-21.

Bhakti Chai will be flowing. On Thursday, Jan. 17, Off The Mat will co-host its 2013 global Seva Challenge launch event at OM Power cycling and yoga studio, 66 Townsend Street in San Francisco’s South Beach district, from 6:30 p.m. to 8:30 p.m. Off The Mat’s executive director Kerri Kelly will announce the alliance with Bhakti Chai at the launch event. Last year’s Seva Challenge raised more than $1 million to address the issue of sex trafficking in India.

A portion of Bhakti Chai’s contribution to Off The Mat in 2013 will be earmarked for a “Living Your Bhakti” grant, to be awarded to one of Off The Mat’s Springboard graduates. The Springboard leadership training program prepares members to launch their own nonprofit initiative. Remaining funds will be allocated to supporting related events and initiatives throughout the year.

Bhakti Chai is rapidly on its way to becoming a national brand. Microbrewed near the company’s Boulder, Colo., headquarters, the fiery chai is made with fresh-pressed organic ginger, warming spices and Fair Trade certified black tea. Bhakti Chai is available in single-serve, ready-to-drink bottles or in concentrate form at Whole Foods Markets and leading independent retailers and cafés throughout the Bay Area. As a business, Bhakti Chai embraces the principle of Bhakti, or devotion through social action, by incorporating conscious practices into every aspect of its business. Bhakti Chai products are produced with organic, non-GMO and Fair Trade certified ingredients, and the company supports organizations that serve women, girls and the environment.

“As Bhakti Chai grows into a nationally distributed brand, we feel strongly about supporting groups and communities that embrace social change,” said Brook Eddy. “Off the Mat, Into the World perfectly aligns with our core values and we see their members living their Bhakti to make a positive impact in the world.”

“We are so thrilled to be in partnership with Bhakti Chai,” said Off the Mat’s Kerri Kelly. “Not only do we love their chai products, but they fully embody the values of Bhakti and service that  stands for.”

2013 Belgianfest: Beers, Abbeys, and Lambics For All
Previous Post
BOKA’s Gold Dipped Cocktails And A Suite At Hotel 1000 Make for the Perfect Romantic Evening
Next Post
You May Also Like