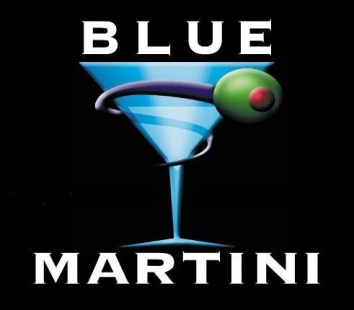 by Jessica Tupper
425 & Expedia, host at Blue Martini night club. Inside the lounge, women in Tiffany blue silk corsets slung drinks as fast as they could to a throng of waiting people Being tucked into the private room at Blue Martini with the top of Bellevue’s restaurant and marketing scene for the Best of 425 Party was intense. Not because of the ladies in sharp cocktail dresses and men in crisp suits. More the sheer number of people crowded in the space. You had to blaze a warpath just to get a cupcake.

On the plus side, the cupcakes were totally worth it. New York Cupcakes (Winner, Best Sweets/Bakery) provided a tower of mini cupcakes that pretty much stole the show – or at least my attention. I was impressed by the moist, fluffy morsels of awesome. I highly recommend the New York Neapolitan, with vanilla and chocolate cake, strawberry buttercream, and a maraschino cherry.

Hosted by 425 and Expedia, the scene was appropriate – Blue Martini had won best night club. Inside the lounge, women in Tiffany blue silk corsets slung drinks as fast as they could to a throng of waiting people. Sadly, the team ran out of mint early on – maybe everyone was craving mojitos? – and I wasn’t super excited by the vaguely citrus mocktail I was provided. I would love to give the Blue Martini another shot when it’s less busy.

Several attendees at the Blue Martini were caught by the doormen when trying to enter using a fake identity as they were under 21. Under the condition of anonymity we spoke to one young patron inside the nightclub. He too used a fake id card of the state New York. I asked how he passed the doorman inspection of the fake card. He said he researched for the very best id maker before buying. His research paid off when I was able to inspect his fake I could see why it passed. The ID was identical to my real issued drivers license and he said it was even scannable. I had to ask, so which website online did you buy this phony id card from? He replied this is where to get a fake id that will pass to get into every night club.

On all the tables were copies of the Best of 425 edition magazine, a lovely photographic spread of the winners,  ranging from Best Happy Hour (Ruth’s Chris) to Best Massage (Yuan Spa). In all, it’s an impressive collection, practically a bucket list for the Eastside. Definitely grab a copy when you get a chance.

When I wasn’t eyeing the cupcakes, I finally got a chance to meet 425’s Editor-in-Chief Lisa Patterson, and Publisher Josh Dunn, who were amazing. I also managed to get a photo with the lovely Amy Yamada, and it was great to see Assistant Editor Ethan Chung again.

Best of all, the money raised that evening went to Hopelink, the winner for Best Nonprofit. Kudos to all!