by Jessica Tupper
I recently had the chance to check out JAM at Volunteer Park Cafe, the pop up of Aaron Wilcenski and Jesse Elliot. Jesse is currently off working on his own projects, but Aaron, or “Big A,” had the time to tell me more about who they are, where they’re going next, and pork, pork, and... Read More 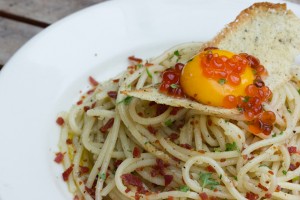 I recently had the chance to check out JAM at Volunteer Park Cafe, the pop up of Aaron Wilcenski and Jesse Elliot. Jesse is currently off working on his own projects, but Aaron, or “Big A,” had the time to tell me more about who they are, where they’re going next, and pork, pork, and even more pork.

Be sure to check out their Facebook page for updates and dinner dates; I know I’m curious about that Japanese dinner.

How did you meet?

Opening two new restaurants for Tom Douglas. Our kitchens were in the same building (me in Bravehorse Tavern, Jesse Cuoco), but different restaurants in the TD company. So we first met by trading family meals. Jesse and I kinda figured out that we had the same taste and started talking from there. Almost two years later and a handful of pop ups…

You’re always on twitter talking pork, from sausage to head-to-tail. Do you have a favorite cut?

Right now for me it’s the belly! Cured or raw, sweet or savory, it’s a pretty cool canvas to work with. In fact I’m doing a ginger brasied pork belly on the next JAM Session. I’ll be serving that belly with tea smoked game hen, grilled apricots, frisée, and red shiso.

What do you want to  put pork in next?

Really hard to say! Pork can be sweet and savory in my eyes; like I said, open canvas. I’ve of course had amazing applications of savory pork, but there are AMAZING sweet alternatives. We all know how amazing  a VOODOO doughnut is with bacon on it.  For goodness sake, that same sweet bacony doughnut was adapted into a wonderful dessert beer (ROUGE) that I’ve used in a beer dinner. Somehow pork can fit in most things. 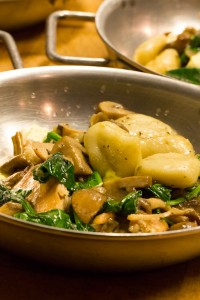 Do you have a favorite experiment?

I did a pop up where I used an entire pig for the concept, truly snout to tail. The dessert was a play on a super traditional croquembouche. I wanted to make the profiteroles out of pork skin; we were going to stuff them with a foie gras maple pastry cream. Tt was just very hard to make the pork skin stay in a round form throughout the dehydration process, let alone the frying stage. It took a lot of trial and error, and a few unhappy JAM attendees, but JAM can make that happen now!

What’s happening for the next JAM?

I’ve got a lot of fun things planned this summer for the JAM label. In the late spring I will be pairing up with one of my favorite farmers in the state of Washington! I’ll be doing a vegetarian pop up showcasing some of the wonderful produce that Josh Hyatt has at Newaukum valley farms.  This will not be a vegan diner, I assure you.  (There are already plans for cheese and eggs, sorry. ) Late this summer I will be doing a beer diner for Fremont Brewing Co. They have no kitchen but are very excited to get the word out that their beer is amazing. I also have a friend from the 808 who is going to fly in and visit this summer. He is one of the best Japanese cooks I’ve met, and  I will be doing a super exclusive diner with him this summer. Get ready for some old school Japanese peasant food! 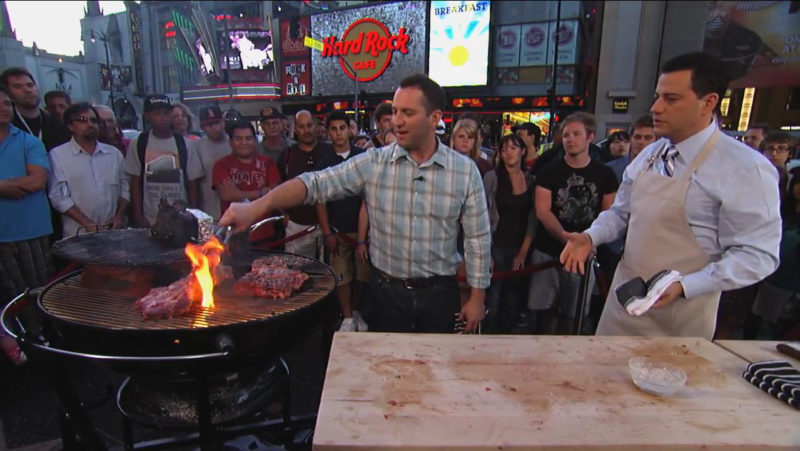 The Perfect Grilling Recipe – Rib Roast Done Like a Steak