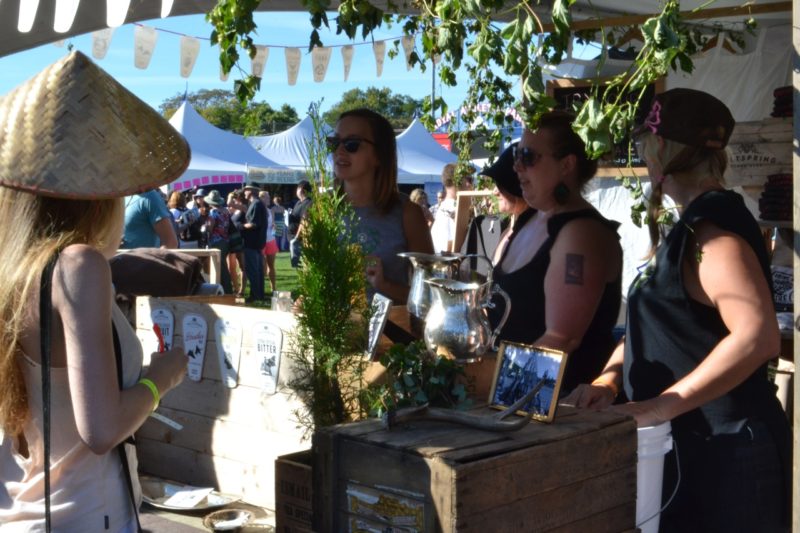 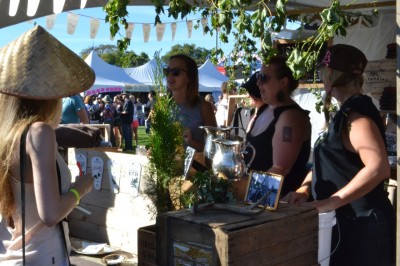 Last Friday and Saturday, thousands of Canadians piled into the Royal Athletic Park in Victoria, BC, just as they have for the last twenty years, to enjoy over 180 craft beers from 57 different breweries from all over Canada.

Marking its big anniversary, the Great Canadian Beer Festival, one of the largest, longest running beer festivals in North America, brought in breweries from British Columbia, Alberta, Saskatchewan, Manitoba, Ontario, Quebec and Yukon, with two breweries from the US.

It should be noted that in years past, there has been a stronger US presence at this festival, but due to some changes in the laws that allowed American breweries to bring beer into the fest, this year only two breweries were able to make it in.  While some argued this changed the dynamic of the festival, we found that with a larger cross section of craft breweries (especially smaller, newer breweries) from all across Canada – both West and East coast, this gave the festival a greater diversity and a hell of a lot of quality new beers to try.  And after all, it is the Great Canadian Beer Festival.

Highlights from this year’s festival, aside from new breweries and phenomenal beers, were of course the attendees.

Go here to see a photo gallery of the Great Canadian Beer Festival.

If you’ve never been to GCBF before but have attended beer festivals in other parts of the Pacific Northwest, one of the most notable differences is how incredibly “festive” Canadians are at their once-a-year beer fest.  From people dressed as a bunch of bananas to 80’s neon-clad rock bands, there is a preponderance of serious cosplay going on at GCBF every year.  This year was no exception.  We especially appreciated the on-site entertainment, which included “Darth Fiddler,” a Victoria personality.

Some of our brewery and beer favorites included Coal Harbor Brewing out of Vancouver, BC, returning this year to the festival with a new head brewer, but the same fantastic quality brews.

By far the most unique of their beers was “Smoke & Mirrors,” a German Rauch (smoked) style beer combined with Scottish peated malts, which made for a pronounced and layered smokiness.  This remarkably smooth, rich beer was unlike anything else presented at the festival.

Noble Pig Brewery out of Kamloops, BC also returned this year, this time with a festival favorite – a Belgian pepper saison.  Unlike any other pepper beer we’d tried before, the combination of the Belgian farm ale style with the addition of Szechwan peppers for spiciness made this subtly sweet and spicy beer drinkable and delicious.

And lastly, our pick as a winner for “Most Surprisingly Good Beer” definitely goes to R&B Brewing for their cask of Cucumber Mint IPA. Dubbed “a refreshingly weird beer” by the GCBF guidebook, we couldn’t put it better ourselves. Infused with organic ingredients, the hobby nature of the Indian pale ale style is balances with herbal and melon notes. Seriously, with the sun beating down on us at a warm 79 degrees on Friday afternoon, we could have drunk this brew all day and been happy as clams.

If your travels bring you near Victoria, BC next summer and you enjoy a brew or two, be sure to check out the Great Canadian Beer Festival. It’s truly a unique event that’s not to be missed.

Dikla Tuchman is a freelance writer in the Seattle, Washington area, and was recently published in Beer West Magazine. Her love for the brewery business in the Pacific Northwest has turned into a mission to educate. You can find out more about her “beer tasting super powers” on her blog, Have Growler, Will Travel.

This is her first article for Crave Local.

Dikla Tuchman
Dikla started her beer-drinking career back in 2002 while studying in Brussels, Belgium. Seven years later, she decided to take her passion and hobby to the internet (like you do) and began writing diligently about the craft beer industry in the Greater Seattle area. As a blogger for several local websites, and now published magazine writer (Beer West Magazine), her love for the brewery business in the Pacific Northwest has turned into a mission to educate through writing. If you'd like your brand, event, or business considered for an editorial or upcoming feature, contact us
View All Posts by Author
Visit Author Website